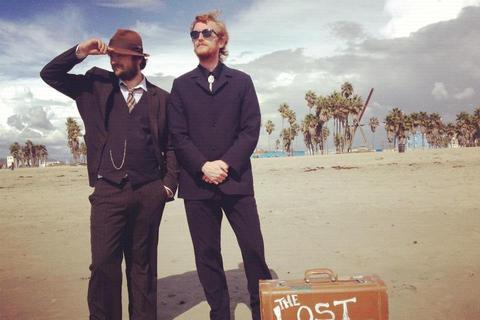 The Lost Brothers first met in an old dusty library in Liverpool, England in 2007. From their first encounter, they noticed they had a lot in common. They both come from Ireland (Oisin Leech from Navan, Mark McCausland from Omagh), and having both come from musical families, they had both played in various bands since a young age and had now come to Liverpool to seek a brighter future. The pair shared the same love of music (from the Carter Family to Sam Cooke, Mississippi John Hurt to Dion and the Bellmonts, Phil Spector to the Louvin Brothers, the Impressions to Van Morrison), and before long, were jamming together in the dive bars of Liverpool when not on the road with their bands. The pair were regular faces on the Liverpool music scene and when together, people began to call them, The Lost Brothers…

Feeling the pull from across the sea, however, the twosome decided to leave the bands they were in at the time and de-camp to Portland, Oregon. There they hooked up with producer Mike Coykendall (M Ward, Bright Eyes), and recorded in his attic, what would become their folk tinged debut album, TRAILS OF THE LONELY.

Returning to the UK, the duo headed for London where they started their own label, ‘BIRD DOG RECORDINGS’, and released TRAILS OF THE LONELY in November 2008. The Lost Brothers spent the next two years touring and writing, honing their craft both as a live act and a songwriting partnership, while building a steady fan base along the way. In 2010, they were off to Sheffield, England with a new batch of songs. These recordings turned out to be their second album, SO LONG JOHN FANTE, released in 2011 on Bird Dog/ Ace records.

More recently, the Losties caught the ear of Raconteur, Brendan Benson, who invited them to record their third album in his Nashville studio. The album is their best yet. It is called THE PASSING OF THE NIGHT and will be released on Brendan’s READYMADE RECORDS in the US and on LOJINX RECORDS in the UK and Ireland, under a blue moon in September.