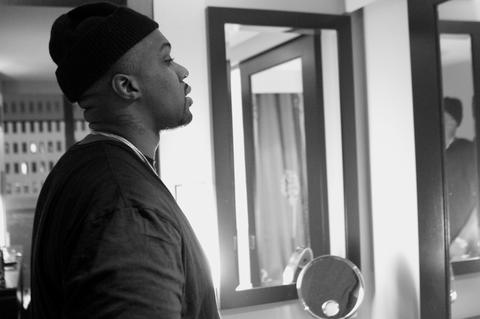 Smoke DZA was born February 8, 1984 at Harlem Hospital in New York City and has lived in New York all his life. The son of two Guyanese immigrants, Smoke was exposed to music at home by his father and fell in love with hip hop at a young age. He grew up listening to and emulating fellow New Yorkers Jay-Z and Notorious BIG. After dropping out of high school to pursue his music career, DZA began battle rapping and has battled fellow Harlem MC J.R.Writer. He was discovered by Jonny Shipes of Cinematic Music Group in 2002 and went on to ghostwrite for numerous rappers, including Hi-Tek. In 2002 he partnered to become one half of the group Smoke & Numbers until going solo in 2008.

Since splitting from Smoke & Numbers to pursue a solo career, DZA has released a string of mixtapes including Substance Abuse, Substance Abuse 1.5, George Kush The Button, Rolling Stoned, Sweet Baby Kushed God, Cuz I Felt Like It and K.O.N.Y. He has worked with Big K.R.I.T., Wiz Khalifa, and A$AP Rocky among others and is a founding member of the Smokers Club. His album, Rolling Stoned was awarded the High Times Doobie Award for Hip Hop album of the year for 2011. DZA latest album Rugby Thompson was released in June 2012 by High Times/Cinematic Music Group. The album was produced entirely by Harry Fraud. The album features numerous artists including Action Bronson, Curren$y, Domo Genesis, Schoolboy Q and A$AP Twelvyy.

Smoke cites fellow New York natives Jay-Z and Notorious B.I.G. as his main influences. As an adolescent he would use their songs and write his own lyrics, helping him learn rhyming patterns."I used to re-write Biggie. It started with "Mo Money Mo Problems." I would switch up the words, make it my own. He has also cited fellow Harlem rappers like Mase, Big L and Dipset as influences and inspiration. Though he is often mistakenly classified as a "weed" rapper, Smoke considers himself a lifestyle rapper and prefers not to be confined to one genre of rap. DZA's albums and mixtapes often feature many collaborative tracks. DZA says he enjoys collaborating with fellow artists like Dom Kennedy and Kendrick Lamar as he feels it helps him "step his ball game up" in terms of his craft.