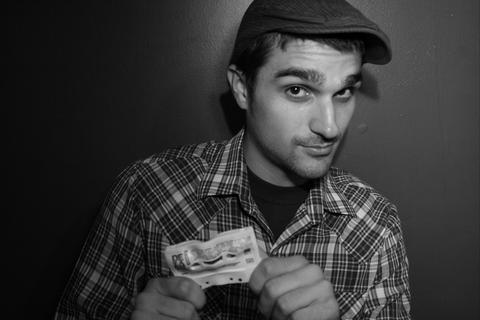 With the breakthrough release of 2011’s *Fela Soul*, Amerigo Gazaway’s sophomore effort was declared “a virtual web hit” (MTV) seemingly overnight. As the creator of one of the year’s most buzz-worthy independent releases, the 26 year-old Nashville native successfully showcased his unique ability to blend multiple genres into a singular dance floor groove. The son of renowned Jazz trumpeter, Gary “El Buho” Gazaway, the producer’s culturally diverse upbringing is reflected in his nuanced, multilayered instrumental arrangements. With a process the LA Times describes as “drawing a different design within a similar framework”, Gazaway’s cleverly executed remix/mashup projects give audiences a familiar, yet fresh and distinct way to experience their favorite songs.

In 2011, Roots’ drummer Ahmir “Questlove” Thompson hit town with a per-announced DJ set at a local Nashville nightclub. Seeing the opportunity, Amerigo posed as a photojournalist, gained access to the club’s backstage area and cleverly slipped Questlove a copy of his just finished Fela Kuti/De La Soul mashup fusion, *Fela Soul*. Thompson, an avid afrobeat/native tongues fan called the album “brilliant” and published it to his website, Okayplayer. Quickly spreading to other outlets, the album made MTV Hive, The Source and BoingBoing before taking top 5 rankings on both NPR and Soul Train’s year-end “Best of 2011” list.

On the one year anniversary of his *Fela Soul* release, Amerigo found success a second time with the recently released *Bizarre Tribe; A Quest To The Pharcyde*. In merging Pharcyde vocals over re-orchestrated A Tribe Called Quest samples into an album Okayplayer calls “funky like your great-grandpas draws with a fish in it”, the album was downloaded over 30,000 times in its first two weeks of release.