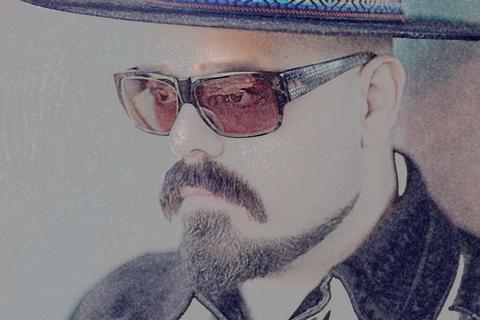 Chico Mann, a time-travelling multi-instrumentalist-producer who with drum machines, synthesizers, and guitars has singlehandedly filled the 30+ year gap between afrobeat, afrocuban, freestyle and electronic music while throwing a wrench into the cogs of musical history.

Chico Mann grew up in a musical family in New York and New Jersey. His father was the owner of a Latin record label based in Hell's Kitchen in New York City and a young Chico observed the ins & outs of the biz while practicing his guitar and piano. It was then that he began to propagate his deep musical roots with such influences as Afrika Bambaata, Lisa Lisa, Willie Colon, Celia Cruz and Fela Kuti. Ignoring his father's advice to stay out of the business, he found his voice at age 12 and began his journey into sound.

It was in the winter of '04 that Chico began putting together a series of tracks during his offtime from touring with Antibalas. What started as a lo-fi beat making excursion quickly became "Manifest Tone Volume 1", a musical lesson that spoke volumes on the music of New York City, Miami, Cuba, Africa and the previously unknown love affair in sound that 'could have been' had Afrobeat, Electro, and Freestyle cross-pollinated. Hailed as an instant classic, it proved as the first step in a groundbreaking career that is destined to re-write the history books.

Chico Mann has created a musical time machine that simultaneously fuses the sounds of 1970s Afrobeat, 1980s Freestyle and Afro Cuban in a hybrid beast of culture and tone. Its the big 'what if' Freestyle, Afrobeat & Afro Cuban converged and hit the mainstream for an army of Chicos to pick up where Stevie B, TKA, George Lamond, Sa-Fire, Information Society, Noel, and Cult Jam, and Exposé left off. Chico's choruses of multi-layered vocals with funky guitar lines helps to cool off the heat created between the bass and rhythm... creating a unique conversation of color and value that pays homage to the past but raises the bar for the future.

The show at Holy Mountain Backyard on Friday, March 15