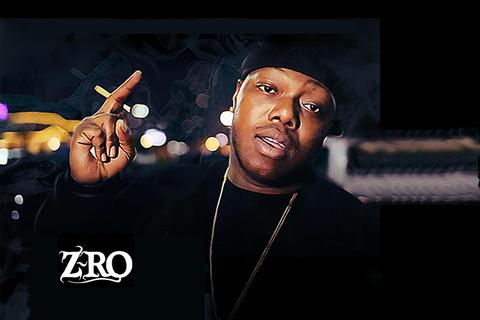 Listen to I Hate You

Declared by the New York Times as “one of America’s most underrated rappers” Hip Hop artist Z-RO was born Joseph Wayne McVey in Houston, Texas. Orphaned at an early age, young Joseph was shuttled from relative to relative and eventually settled in Missouri City, southwest of Houston. The isolation, rejection and loneliness he experienced during this period would fuel his desire to establish himself independent of relatives and would become the lyrical basis of his musical career.
Rapping was not his first love. During his high school years Z-RO was a student athlete. He maintained good grades and attended church regularly with his father. It was while attending church and singing in the choir that Z-RO honed his now infamous ability to sing and harmonize. Unfortunately it was also during this time that he was shot. He still carries the shell casing in his body. This would effectively end his athletic career and forced him to look elsewhere for recognition. Dreams and hopes dashed, Z-RO turned to the streets. And with the streets comes the usual tale of drug selling and street brawling.
Meeting and befriending the Hip Hop group Street Military, who were signed with EMI, would change his life. "I'd go over they house, we playin' ball, smokin' weed, and around 8 o'clock, Lil' Flea used to come downstairs and be like 'look, we gonna start recording. Everybody that ain't recording, get the fuck out! If you ain't here to work, leave'," recollects Z-Ro. "So I stayed, just to peep out the process. Z-RO fell in love with the process and began composing lyrics himself. Z-RO then became a member of Street Military’s “Killa Klan Collective”, his fame increased. In 1997 he was inducted into DJ SCREW’s legendary Screwed Up Click. In 1998, Z-Ro released his debut album, Look What You Did to Me. This album and the release of the SUC Blue Tape 22, Secured his street fame and credibility which caught the attention of the Houston and Southern Hip Hop powerhouse label RAP-A-LOT. Z-RO signed with the legendary label and began to release a string of hits. 2004 would see his debut release on the Rap-A-Lot label entitled The Life of Joseph W. McVey and on February 24, 2004, the release of the chart topping single “I Hate You Bitch” In which Z-RO not only raps but sings, explored the subjects of love and hate and at times focused on how the breakup of the relationship also removed the step children that he described as his “H.E.A.R.T”. Since then Z-RO has consistently pumped out the hits. Chart topping singles, including Top Notch in 2009 and These Days in 2010, mega collaborations and music videos have kept him on top. In total, Z-RO has 34 musical releases. In 2012 he collaborated with Slim Thug and that single, Summer time, is currently climbing the charts. Although he is no longer signed to the Rap-A-Lot label, Z-RO explains his departure this way “My eight years were up and I just moved on.” Taking the initiative and using his experience he started his own label K.O.T.G (King of the Ghetto). K.O.T.G is branching out into motion pictures, music video production and of course producing more great music by Z-RO. Upcoming releases include Rother sings the Blues (his R&B alter ego and a Hip Hop twist on the name Luther Vandross) and the full release of the Slim Thug, Z-RO album A King and a Boss.
Links:
Twitter: @zromocitydon
Face book: Joseph Mocitydon McVey
The Real King of the Ghetto Fan Page
Z-RO King of the Ghetto