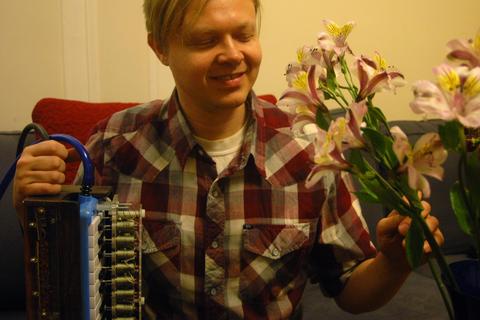 Songwriter and DIY instrument maker Matthew Steinke returns with emotionally driven anthems backed by a collection of homemade animatronic musical instruments that comprise the latest installment of OCTANT. Steinke has recently relocated back to Austin, his hometown, after spending several years in Brooklyn, Chicago, and the Pacific Northwest creating multimedia art installations and playing in pioneer indie-rock bands Mocket and Satisfact. Since 1999 under the name Octant, Steinke has harbored a solid body of work, releasing accessible but experimental LPs that combine a unique blend of electro-pop, noise, and folk-rock.