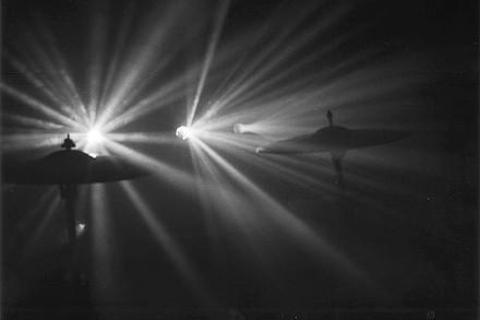 Frontier is Kevin Ireland (bass), Mike Tsoulos (drums) and Stephen Wessley (guitar). The three met at University of Chicago in the late 1980’s. They burst onto the Chicago music scene of the 1990’s with a legendary Grammy Showcase performance in which the band devoted the first half of the set with filling the darkened Double Door Club with a thick haze of smoke accompanied by the drone and throb of crafted guitar feedback. While celebrities held their ears, Frontier capped off the set with a furious burst of metal inspired noise. (Rumor has it that the band lost its bid to represent Chicago by one vote.) Since then, the music of Frontier has taken on a wide range of forms, from their hands off feedback inspired MIR recordings, to the dub stylings of Live at the Empty Bottle and Heater, to the IDM inspired songs on Cypher, to collaborations with some of Chicago’s most renowned jazz improvisors, and even a couple pretty pop songs.