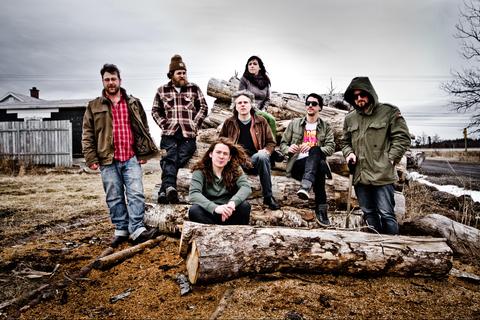 With outrageously immodest beginnings, The Tom Fun Orchestra sauntered into the Canadian music scene the way an Italian funeral saunters through a mountain village.  That is, with many loud instruments, casks of wine and complete irreverence for everything happening around them. A year into the band’s life, they travelled the country with eighteen of their friends in a school bus. And so it began. From there they set their sites further, touring the United Kingdom, The Republic of Ireland, Australia, and back and forth across the vast expanse of their native Canada more times than they would care to count.
The band's 2008 debut album, You Will Land with a Thud (Company House Records) earned them handfuls of awards and critical acclaim from around the globe. In the time since, the band has built on their sound, creating a new musical beast, which they have just unleashed to the world. 2012's Earthworm Heart (CHR) is comprised of leaner, tougher compositions, where tender is juxtaposed with manic and gentle summer showers turn into colossal landslides of song.