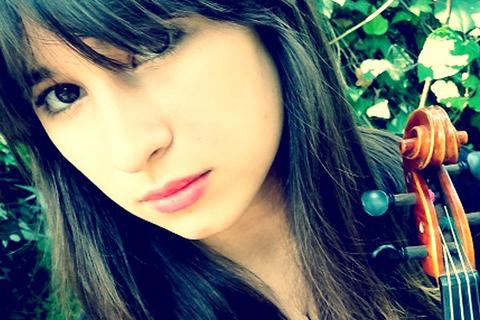 Ruby Jane is a 17 year old singer, songwriter, guitar, and fiddle playing prodigy.
The fiddle has been addicted to Ruby Jane since she was 2 years old. She was the youngest ever invited fiddler on the Grand Ole Opry. She has toured and performed with Willie Nelson, Sheryl Crow, Big and Rich, Billy Gibbons (ZZ Top), Blues Traveler, Mark O'Connor, Asleep at the Wheel, and many more. Born in Texas, raised in Mississippi, and now in Austin, Ruby Jane has fronted her own band and toured for years. Recent performances include Lollapalooza, Austin City Limits Festival, and SXSW. She writes and sings her songs in a voice that resonates with compelling emotion. Her debut, self-released studio album, "Celebrity (Empire of Emptiness)," was released in June 2012.