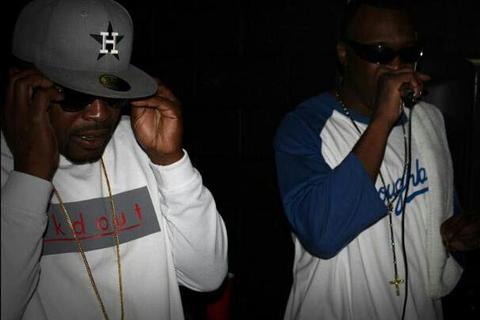 KPAUL and PIMPIN PEN are maternal cousins that have been making quality music since 1999 as V.I.P. They were signed to a label Mentally Twisted Records in early 1999 then later that year dropped constant hits earning them instant recognition and local fame as teenagers. The same year they were featured on 88.7 KAZI's Texas Top 40 Countdown holding down the #1 spot for months. After going through contract disputes and miscommunication with the former label they decided to part ways and begin their own Nina Ross Records which is NOW one of the MOST RESPECTED and sought after INDEPENDENT labels in Tx. After releasing "Welcome 2 da GroundUnda" the two anchored a tour across Tx with Houston's own Trae and many more creating a solid street following through Tx and surrounding states. Not long after releasing "02 Block Edition" and "Plastic Crack" V.I.P set the standard in Austin's buzzing music scene. Despite legal issues and many incarcerations KPaul and Pimpin Pen remain at the TOP of their game releasing project after project through the trials and tribulations. As KPaul had to serve 3 yrs in Texas Department of Criminal Justice Pimpin Pen released "KingPen"which gained him "Artist of the Year" and "Album of the Year" in the same year as he held down the Nina Ross stable 1 deep continuing their dream. After KPaul was released from the system he put out the mixtape Stay Flow hosted by DJ Michael 5000 Watts. Now that V.I.P has created a SOLID fan base and INCREDIBLE street buzz through numerous mixtapes, concerts, tours and features with regional heavyweights they are set to release Bottom of the 9th mixtape, which is the FINAL sizzler before the ALBUM. The album will feature Freddie Gibbs, Big Chief, Bo Roc from the Dove Shack, Bluu Suede and more! With an undenying grind and a poised plan the two feel they are whats been missing in the INDUSTRY!!!