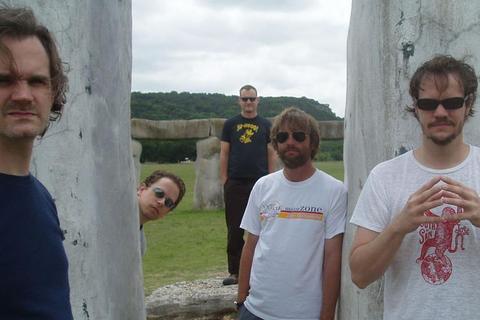 Old friend, ‘tis been nigh on to ten or eleven years since Austin¹s Li¹l Cap¹n Travis shoved its splintered craft off on a treacherous audio odyssey of country-style portions. 2012 finds LCT once again hunkered down in the ice caves on the outskirts of town conjuring the follow up to 2007¹s mystical, masterful “Twilight on Sometimes Island”, the Li¹l Cap¹n's sound encompassing otherworldly honky-tonk, tear-filled handclaps, strange fuzz-blasted tales and basement epics. The diabolical roqueros of LCT continue to conduct live concert raids into woolly outposts in the heart of
Comancheria: Marfa, TX, Norman, OK and Big D to name a few, not to mention mythical down-home throedowns on the weathered stages of Austin. Recent times have also found members of LCT lending cold, efficient expertise to the likes of Bill Callahan, Bruce Robison, the Lonesome Heroes, the North American motion picture industry, high-stakes table tennis and the Stone River Boys, only to reconvene invigorated, rowdy and bolstered, yet not unwary of the dangers that lay just beyond the palisaded plains.