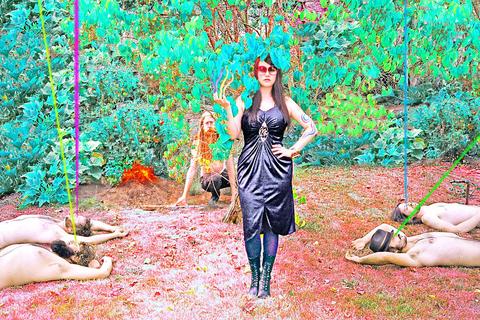 Listen to The Current

Eyes All Around, Midday Veil's 2010 debut LP on Translinguistic Other, garnered praise from a number of tastemaking blogs, however it is the band’s ecstatic improvised cassette releases Subterranean Ritual II (2011) and INTEGRATRON (2012) that have created the biggest ripples in the experimental underground. THE CURRENT, the band's upcoming LP produced by Randall Dunn, will be released in June 2013 on Translinguistic Other. Midday Veil is embarking on a US tour in March/April 2013 with stops at SXSW, 35 Denton, and LA Psych Fest, as well as the band's first trip to the east coast.

A strong live act, Midday Veil has toured the Western US regularly since 2009, notably opening for the legendary German experimental band Faust on a Northwest mini-tour in 2012. The band is working with Swamp Booking on a European tour with Expo '70 in October 2013.