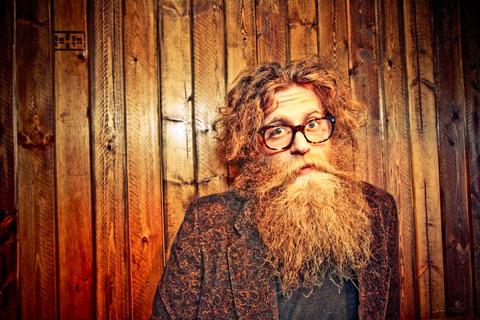 Rugged, raspy, and roaring with charisma, Halifax’s Ben Caplan is to folklore what
smoke is to bourbon. Perfectly coupled. Ben’s songwriting is as bold in range as it is in ferocity. Fueled by a quality of melodrama and powerful lyricism, it’s the romance and the manhood crashing with his voice that gives Caplan a truly innovative and experimental artistry. A sound that bridges the gap between controlled composition and unruly passion.

Striding in pace with gypsy-inspired strings amid the sultry tones of clarinet and saxophone, Caplan has marked his place in the Canadian music landscape with a growling spirit similar to that of Tom Waits. Caplan’s tours have extended throughout the Commonwealth, the rhapsodic energy in his live show an elegant cacophony gaining attention around the world .

Breaking between guitar, banjo, piano, and melodica, Caplan’s stage show is almost reminiscent of a burly and bearded Freddy Mercury; a raging, strong, and exploratory songwriter, it’s the blues in his soul, and the heart in your chest pounding as one that makes Ben Caplan & The Casual Smokers an act not to be missed.

Ben Caplan has been a touring musician since 2006. Seasoned in coast-to-coast travel, Caplan his seen stages in the UK and has performed a rolodex of festivals.