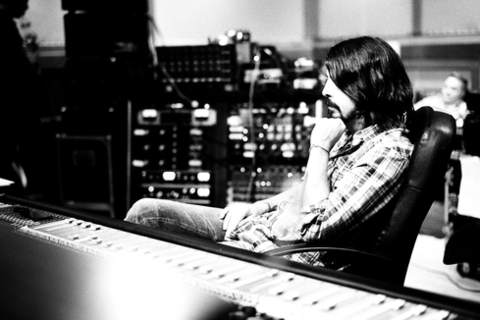 Dave Grohl's ascension to legendary status as one of the most beloved and respected figures on the international music scene goes back to his joining the DC-based punk rock band Scream at the age of 17. Three years and much international touring later, Grohl became drummer for Nirvana, making his recorded debut with them on 1991's generation-defining Nevermind. Following a guest drumming opportunity with Tom Petty, Grohl took center stage, forming Foo Fighters, on whose 1995 self-titled debut he wrote, recorded and sang every note–save for one guitar track. Foo Fighters have since grown into arguably the last great American arena/stadium rock band. Grohl recently completed work on Sound City, his forthcoming debut as a feature documentary director/producer. The film focuses both on the history of the legendary Van Nuys, CA studio and on the ongoing fight to preserve the human element of music in an increasingly digital world.