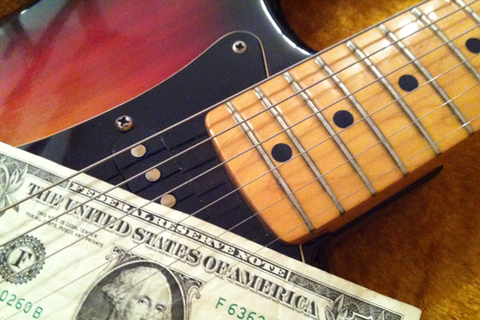 Creators from Europe do not always have the option to use Creative Commons. Only a few collecting societies do offer that. Actually, CC users are kept out of the market, simply because individual contracts don't allow for airplay. This fact, and a vacuum of knowledge about CC leads to a situation where artists using CC can hardly make a living from it. Advocates want to change this situation. It's urgently required for artists to have a true artist-friendly collecting society. One that is transparent, flexible, and shaped by the artists themselves. One that embraces today's technology for the benefit of 1-on-1 billing - no statistically based distribution key required anymore.

Hailing from a background in software industries, he switched to music when he noticed the necessity of new approaches from other domains. After curating music convention all2gethernow, he is handling PR & Marketing at pierlane GmbH and consulting the exhibition project „The Art Of Pop Video“ (Berlin, 2013). If he finds the time, he writes at neumusik.com and for his own blog ContentSphere.de.

The slides to the presentation held at the panel you can view here:
http://de.slideshare.net/wsenges/sxsw2013-c3s-putting-the-revenue-in-creative-commons


Jason Sigal was the first managing director of the Free Music Archive, a curated library of Creative Commons mp3s. It is a project of WFMU, the freeform non-commercial radio station where Jason is also a DJ and producer. Jason is a composer, sound designer, member of the band Home Blitz and leader of Lame Drivers.


Chris Zabriskie is a composer and musician, specializing in film scores, ambient minimalism, and solo piano works. He releases his albums for free under a liberal Creative Commons license, encouraging the use of his songs in independent films and projects of all kinds. He is also an occasional filmmaker and part of the team at online technology education startup Treehouse.

In addition to his original film scores, Zabriskie's Creative Commons licensed works have been featured on ESPN, Cartoon Network, the BBC, and TV3; at the Museum of Modern Art and the New York Public Library; in PC and Xbox 360 games; on Gizmodo, Mother Jones, The Wall Street Journal, Mashable, The Atlantic, and The Huffington Post; and at film festivals from Los Angeles to Singapore.