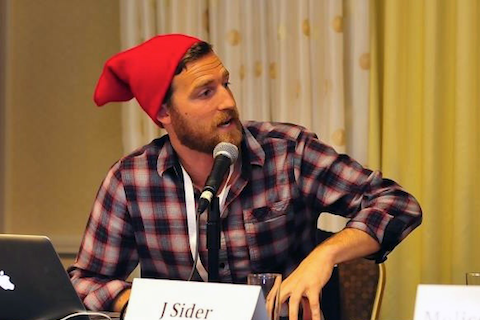 As more and more music fans are turning to their mobile devices to listen to music, learn about their favorite artists and share their experiences, it has become increasingly important for app builders and developers to help fans find the information they are looking for via an elegant and simple user interface. Find out from leading industry experts how "mobile" will become even more important for artists and their teams.


J Sider is the Founder & CEO of BandPage, which is the leading service for musicians to engage their fans across the web. He has been named 30 Under 30 by Billboard and Forbes three times in the last two years. J is a veteran in the business of managing bands and venues around the country, and working day-to-day in the music business opened his eyes to the practical needs of the music community in the digital era. Out of this realization J founded BandPage to provide simple and honest solutions for the musicians he worked with, that would broadly apply for all musicians. Follow him on Twitter at @jsider


Ben started his career by founding dotmusic.com, at United News and Media in 1996. By 1999 the site had 1.8 million unique users per month. Ben moved to BT Openworld, where he successfully
launched a major music. With the partnership between BT and Yahoo! Ben engineered the sale of dotmusic to Yahoo!

7digital began with James Kane in 2004. Their vision was to create an open digital media marketplace. 7digital brings together suppliers and customers of digital media. 7digital became the
first DRM free store in 2007. In 2008 HMV Group acquired a 50% equity stake in 7digital. In 2012 7digital secured further funding from key platform neutral partners that share the 7digital open
access ethos.