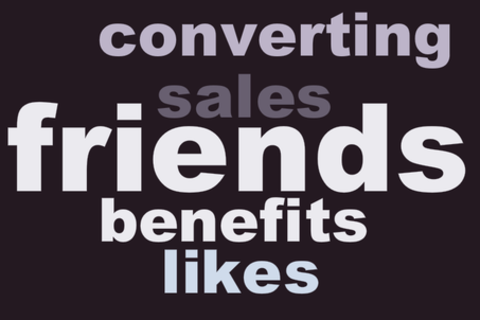 So you’ve put aside a social media marketing budget. Great! Don't squander it all seeking YouTube plays. "Being everywhere" is not a strategy. Artist managers and labels spend a lot of time and money building a massive (and passive) base and then wonder why they can't sell tickets. Our panel will give practical takeaway advice on how to seek and connect with users who are more likely to support your shows, Kickstarter campaign, merchandise, single and album sales. We'll talk about the very best platforms to drive sales, social media best practices, key apps to use in the field, and more. The ultimate goal for any brand should be attracting, retaining and OWNING connections with quality fans. Being awesome is not enough, you have to have a digital strategy that supports converting fans to consumers.

Also a humanitarian, JiHAE regularly donates her time and performances for the United Nations and various NGOs including Acumen Funds, Not For Sale, Willie Mae Rock Camp, and Ten Thousand Means.
At the pre olympic concert in London, JiHAE recorded and performed a theme song hand picked by Hilary Clinton for 2012 Hours Against Hate as a duet with Dave Stewart.

JiHAE's upcoming 4th album, 'Illusion of You' was executive produced by Dave Stewart of the Eurythmics featuring JiHAE's co write with the legendary Leonard Cohen and Dave Stewart due out fall 2013.


A recognized thought-leader in digital marketing trends, technologies, and best practices, Dave’s career in Internet-based marketing and promotion began in 1993, when there were less than 250 web servers online.

He was Executive Creative Director of Lady Gaga’s record-breaking social media and digital strategy team, widely recognized and the most successful in the history of the internet, and now as President of Digital at VIVA Creative he leads digital strategy and development for global Fortune 500 clients.


Allison Schlueter is the Vice President of Digital Marketing for the Island Def Jam Music Group. Ms. Schlueter oversees all aspects of digital marketing for artists on the Island Def Jam Mercury & Motown Roster including Kanye West, Rihanna, Justin Bieber, Bon Jovi, Ne-Yo and Mariah Carey. In carrying out her duties, she creates and implements digital marketing campaigns, as well as manages relationships with artists, managers and key digital accounts. Ms. Schlueter, who is based in New York, joined the Digital Marketing Department of The Island Def Jam Music Group in 2005 as Director, and was subsequently promoted to Senior Director. Prior to IDJ, she spent three years at AOL Music as Manager, Label Relations and in 2001, she was the New Media Coordinator at Universal Motown. Ms. Schlueter began her career as a Sales & Marketing Assistant at Outside Magazine and in 1999, she joined the entertainment start-up Inside.com as Public Relations/Marketing Assistant. Ms. Schlueter attended SUNY Binghamton, where she graduated in 1997, with the Bachelor of Arts degree in Sociology.