Big Data: The New Oil or the New Snake Oil? 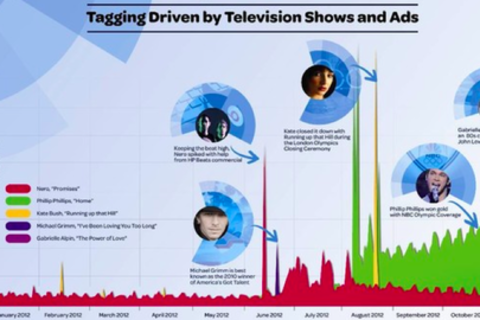 Mobile technologies have enabled music executives to understand as never before how people are consuming music. What people are listening to is just the tip of the iceberg – now, labels can see where they are and even what time they interact with music. Additionally, the very nature of the “immediacy" in mobile technology enables data to be packaged in such a way as to demonstrate predictive behaviors, giving valuable commercial insights. Learn about the current state of mobile technology, what kind of data can be captured by popular entertainment apps, how that data can be translated and the impact it has for labels and artists.


Will Mills is Director of Music & Content at Shazam, the world's leading media engagement company. Since taking up the post, Will has set up strategic partnerships the world’s leading music and digital companies, including global agreements with Warner Music Group, Sony Music, Beatport, Rovi, and many others. He has also led the expansion of Shazam¹s music database from 1 million to over 25 million tracks, co-invented patented technologies used in the app. Will also delivered Shazam’s ticketing strategy and has led promotions with some of the world's biggest artists including Shazamable music videos with Lil Wayne and others generating >100m views

Prior to working for Shazam, Will worked in the traditional music industry carrying out roles in management, A&R and writing/production. Will graduated from Goldsmiths College, University of London and is an experienced speaker in the technology and music industries, having keynote presented and/or moderated at conferences including SXSW, TechCrunch, Sonar, Popkomm, CMJ, Social Media Week, and many others.


Alex White co-founded Next Big Sound in 2008, while in his last semester at Northwestern University. The analytics service measures daily music consumption and purchase decisions around the globe. From Facebook fans to sales, Next Big Sound combines artist activity with context to help the modern music industry make decisions.

White and his co-founders have been featured in Billboard (10 best music companies) New York Times, CNN, Forbes (30 under 30), Techcrunch, BusinessWeek (25 under 25) and more.

Next Big Sound works with thousands of customers, from individual artists to major labels, and licenses two charts to Billboard magazine. In 2012 the start-up announced a $6.5 million dollar series A financing from IA Ventures, Foundry Group, SofttechVC and other notable angel investors.