Who's Ripping Me Off Now? 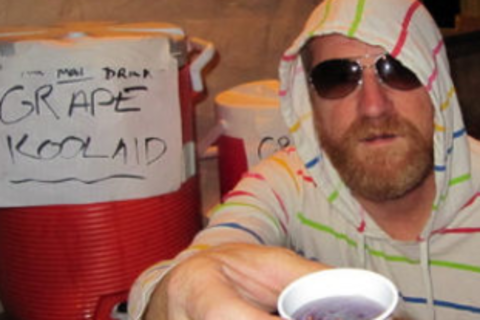 In June 2012, a blog post by musician David Lowery set off a firestorm. Written to an intern at NPR who admitted to not having paid for the 11,000 tracks in her collection, the post generated more than a million views in just one week and numerous media stories. In its wake, musicians, fans and the industry were all re-evaluating long held beliefs. Who is "the man" today? Can the Internet be both innovative and ethical? Who speaks for the artists? And what obligation does the fan have to his or her favorite artists (if any)?


Daryl P. Friedman is Chief Advocacy & Industry Relations Officer for The Recording Academy (The GRAMMY organization). Called “the D.C. chief for music’s creative community” by Daily Variety, Friedman serves as the Washington representative for the 20,000 members of The Academy and as the liaison to relevant music industry organizations.

Friedman joined The Academy in 1997 and established the organization's Washington office. He initiated and oversees the Academy’s "GRAMMYs on the Hill" initiatives, which include a number of programs to advance the rights of the music community through advocacy, education and dialogue. He speaks on numerous music policy panels each year and has been quoted in media such as The New York Times, Business Week, BBC World News, Variety, Billboard and The Washington Post.

Friedman received his M.A. in Arts Management from the American University in Washington, D.C., and his B.A. in Economics from the University of California (Santa Cruz).


Austin-based, Alabama-raised singer/songwriter Nakia has a heart that beats to the rhythms of Muscle Shoals soul, pumping blood infused with Stax funk to cells lined with Chicago blues grooves. His vocal talent is the kind that instantly turns listeners into fans — among them CeeLo Green, his Coach on Season 1 of NBC's hit show, 'The Voice,' who invited Nakia to sing on his Muppets Christmas special. On his new EP, Drown in the Crimson Tide, releasing March 5 on Something-Music, Nakia unleashes that voice on six songs he wrote in collaboration with top-tier artists including Barry Goldberg, Bleu, Chris Seefried, Aris Archontis and Brian West. Nakia is performing multiple showcases during SXSW Music.