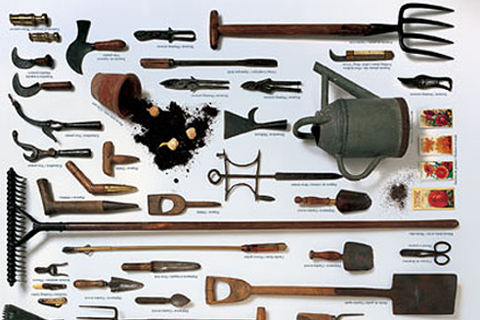 The music business has changed...and keeps changing. Some of the most successful folks building, investing in, and using the tools that are making a real impact in the day to day lives of musicians will discuss what it takes to create real value, a great user experience, new revenue and more fans.


Chris Wiltsee is an entrepreneur and music industry executive who has built his career in the nexus where music, technology and community meet. Prior to joining the BandPage team, Wiltsee was Executive Director of The Recording Academy (GRAMMYs) San Francisco Chapter (2009-2011). In 2006, he co-founded AMP, which has developed a national resource for all-ages music venues and communities, and recently released a book titled, "In Every Town," (Sub-Pop/AK Press). In 2003, Wiltsee founded Youth Movement Records (YMR), a youth-run media company based in Oakland, Calif. Additionally, Chris has been instrumental in developing major publishing deals for songwriters, which have resulted in co-writes with prominent artists internationally. Wiltsee earned a Masters degree from the University of Michigan and his undergraduate degree from University of California, Santa Cruz.


McMahon got her feet wet in mobile by diving right in where it started the hottest – in Tokyo – while those in Silicon Valley were still in the dawning days of the Internet era. She then moved to Europe, which was still a beat ahead of U.S. in terms of mobile, to continue mobile innovation, joining Shazam in its early days and growing it into one of the most recognized global mobile services.

And now, as Silicon Valley is dominating the mobile landscape with iOS and Android, McMahon is shaking things up in the Valley, this time with SoundHound Inc. Over the past three years, she has driven explosive growth at SoundHound taking the music search and discovery app to over 100m users worldwide and expanding its value as one of the most engaging apps of all time. She is one of the few people in the industry who has been behind launching and growing a mobile user base to over 100m users at two different companies and understands both the opportunities and challenges to the mobile landscape.

McMahon has always been one step ahead of the mobile evolution, so what's next? It’s likely to involve the next-generation of voice recognition and voice search, part of SoundHound Inc.’s homegrown IP, and the SoundHound team’s determination to change the user paradigm by moving beyond touch interfaces to making sound and voice the primary means of searching and using your mobile devices.


Brian Zisk is a parallel entrepreneur specializing in digital media, web broadcasting and distribution technologies. He is a founder of BuzzMakers, Inc., which produces the SF MusicTech Summit and the Future of Money & Technology Summit. He is a co-founder of the SF MusicTech Fund. Additionally, Brian is a Co-Founder and Technologies Director of the Future of Music Coalition and a Board Member and/or Strategic Advisor for a wide variety of tech companies and non-profits. Brian was previously a founder of The Green Witch Internet Radio which was sold to CMGI (NASDAQ: CMGI) at the turn of the millennium. He is active in many influential computer-mediated forums, is quoted and published extensively in the media, frequently appears on panels and at industry events domestically and abroad, and is an expert at frenzy whipping, brand awareness, and in creating new business models.