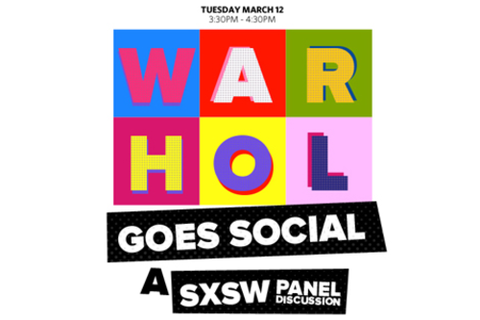 Today, everyone is a “Creative.” With the boom of visually-based social platforms like Instagram and Pinterest, technology has leveled the playing field. Does this really change how we define art and creativity? Artistic purists believe these tools cheapen the creative output with seventeen standard filters available to every untrained eye. But in true entrepreneurial spirit, those apps encourage a more democrative view of creativity, allowing user to share their inspiration with their friends and create beauty where it previously would have been impossible. Is there a difference between high-brow and low-brow art in relation to what social media enables everyone to create?
This panel will begin to tackle this debate, considering the very latest tools and trends, and arguing the new definition of creativity in the tech age.

David has recently joined Critical Mass as the global social media lead working with CM’s strategy, creative and tech teams throughout the world. Based in his hometown of Toronto, David brings a multi-disciplinary background to the world of connected brands. A former PR man and corporate spokesperson, David’s blend of communications skills ensures the digital experiences we create are social at the core.


Christiaan Welzel is an Associate Creative Director at Critical Mass. He continues to focus his successful interactive projects on the Clorox account,including Brita Water and the rebranding of Green Works cleaning products. He is passionate about CPG marketing with a special interest in social media programs and online advertising. In past, advertising agencySid Lee saw Christiaan co-leading the brand advertising and marketing for Danone Canada including products such as Activia, Silhouette and Creamy.

Outside of his day job, Christiaan uses his spare time learning, creating and sharing DSLR cinematography content. With a focus on world travel as his inspiration, he also creates video marketing content for small businesses using low-cost and organic techniques including social media as the primary vehicle.

Christiaan has specialized in interactive marketing for the last 10 years. Having lead and co-lead brands such as Dell, Rolex, Fido/Rogers Communications, The Weather Network, Nissan Global and more. His creative focused education has Christiaan holding a Honors Bachelor of Design from York University in Toronto, Canada. As well, he studied Design/Gestaltung at Bauhaus University in weimar, Germany.


Laurie Frick draws from neuroscience to construct intricately hand-built works and installations to investigate the nature of pattern and the mind. She completed an MFA from the New York Studio School, and now studies each summer at NYU’s ITP technology and arts program. Formerly an executive in high-technology, she also holds an MBA from the University of Southern California. Using her background in engineering and high-technology she explores self-tracking and human patterns. Frick has been awarded residencies by the UT Neuroscience Imaging Research Center, Lower Manhattan Cultural Council, Headlands Center for the Arts, Yaddo, and the Bemis Center for Contemporary Arts. She is the winner of the Austin Critics’ Table Outstanding artist award in 2012. Frick’s talks and publications include The Huffington Post, Austin Statesman, Los Angeles Times, New Scientist, Arts Eclectic on NPR and in 2013 a TED talk at TEDxAustin. She has exhibited at Robert Steele Gallery in New York and Edward Cella in Los Angeles.

Mitch is currently employed at James Cook University where he was appointed the Course Coordinator of the New Media Arts degree in 2009.He is the Coordinator of the capstone subject Creative Exchange (CXC) which places multidisciplinary teams into WIL environments to deliver new creative work and professional standard services to the creative industries.The subject was included in the University of Gloucestershire's 2012 research project, Rethinking Final Year Projects & Dissertations.

Mitch has previously taught at the Griffith Film School in Brisbane where he redesigned their core 1st year digital media subjects to reflect industry trends. He has also spent several years lecturing in the UK at Birmingham City University where he was appointed the Course Director of two postgraduate qualifications, the MSc in Interactive Media and the MSc in Digital Television Production.He also designed, authored and validated a new undergraduate degree program, BSc Film Production Technology, which accepted its first enrolments in 2007.

In 2011 Mitch was awarded a teaching citation for his outstanding contribution to teaching for "the implementation of programs and initiatives which engender community engagement and industry relevant assessment outcomes and learning experiences for New Media Arts students."

As a practitioner Mitch has won numerous awards for his digital art and film production and his work has toured many Australian arts and electronic festivals as well as being featured on radio, print and television.