Digital Drama: Growing Up in the Age of Facebook 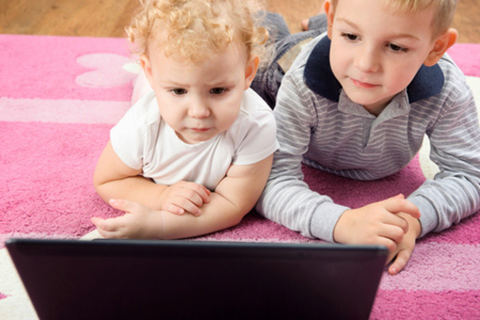 The rise of social media and mobile technology has forever altered the social landscape teenagers navigate. It hasn’t necessarily made kids meaner, or bullying more prevalent, but it has changed how they learn skills like empathy, introduced new ideas about privacy, and pushed them to cultivate online personas that are sometimes brasher than their real-world selves. Social media also give teenagers the chance to connect to people they might not otherwise meet—an especial boon for some gay kids and other minorities. Research shows that as teenagers figure out how to deal with online drama, they’re often reluctant to turn to parents and teachers, who may not necessarily know how to help them. Studies also show that girls and boys spend time differently online, with distinct benefits and risks. This panel will explore how the Facebook generation differs from the ones that come before it, and how parents, educators, and policy makers can help, rather than hinder, their development.

From July 2003 until September 2011, he was the executive editor of The Times, presiding over the newsroom during a time of journalistic distinction, economic challenge, and transformation. During his eight years in that role, The Times sustained and built its formidable newsgathering staff, winning 18 Pulitzer Prizes, and expanded its audience by mastering the journalistic potential of the Internet. The newsroom also participated in the creation of a digital subscription plan to help secure the company’s economic future.

Mr. Keller was succeeded by Jill Abramson, a former investigative reporter and Washington bureau chief who had been one of his two top deputies since 2003.

Before becoming executive editor, Mr. Keller had spent two years as an Op-Ed columnist and senior writer for The New York Times Magazine. He served as managing editor from 1997 to September 2001 after having been the newspaper's foreign editor from June 1995 to 1997.

As chief of The Times bureau in Johannesburg from April 1992 until May 1995, he covered the end of white rule in South Africa.

From December 1986 to October 1991, Mr. Keller was a Times correspondent in Moscow, reporting on the easing and ultimate collapse of Communist rule and the breakup of the Soviet Union. In 1989, he won a Pulitzer Prize for his coverage.

Mr. Keller joined The New York Times in 1984 as a domestic correspondent based in the Washington bureau, reporting variously on labor, agriculture and military affairs.

Before coming to The Times, Mr. Keller was a reporter for The Dallas Times Herald, the Congressional Quarterly Weekly Report in Washington and The Portland Oregonian.

Mr. Keller graduated from Pomona College with a B.A. degree in 1970 and is a member of the college's board of trustees.


Dr. danah boyd is a Senior Researcher at Microsoft Research, a Research Assistant Professor in Media, Culture, and Communication at New York University, a Fellow at Harvard's Berkman Center for Internet and Society, a Research Fellow of the Born This Way Foundation, and an Adjunct Associate Professor at the University of New South Wales. Her research examines the intersection of technology, society, and youth culture. Currently, she's focused on privacy, youth meanness and cruelty, and human trafficking. She co-authored Hanging Out, Messing Around, and Geeking Out: Kids Living and Learning with New Media. She's working a new book called "It's Complicated: The Social Lives of Networked Teens."


Emily Bazelon is the author of Sticks and Stones, a book about bullying to be published in February by Random House. She is also a senior editor at Slate, a contributing writer at the New York Times Magazine, and the Truman Capote Fellow for Creative Writing and Law at Yale Law School. Before joining Slate, Emily was a Soros media fellow, an editor and writer at Legal Affairs magazine, and a law clerk on the U.S. Court of Appeals for the 1st Circuit. She has been a guest on The Colbert Report, the Today Show, the PBS Newshour, All Things Considered, and Talk of the Nation. Emily is a graduate of Yale College and Yale Law School.