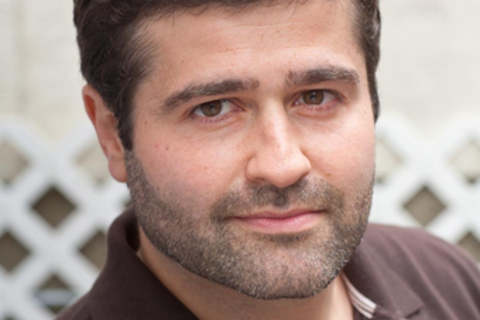 Stop asking the question: “What are the chances my crowdfunding campaign will be successful?” You are not at the Kentucky Derby or Las Vegas. Crowdfunding is not a lottery — it’s a platform for anyone, anywhere, to raise money for any idea — and successful campaigns are more often than not the result of careful planning and deliberate action.
Over five years and hundreds of thousands of campaigns have left CEO Slava Rubin and the rest of his Indiegogo team with mountains of real data from which to draw real conclusions and advice — what works and what doesn’t for crowdfunding. For example: Campaigns with videos, raise 114% more money. 93% of campaigns that reach their target goal offer perks. That’s the tip of the iceberg.
Whether you’re a bootstrapped startup, a filmmaker, a musician, philanthropist, or a recent amputee, Slava will provide you with the tools to get your crowdfunding campaign over its goal line.


Slava Rubin is CEO and co-founder of Indiegogo, the world's largest global funding platform. Indiegogo.com provides anyone with an idea — from entrepreneurial new business to creative projects to socially conscious causes -- the online tools they need to raise money. Since Indiegogo launched in 2008, millions of dollars have been distributed to more than 55,000 campaigns around the world. Slava recently attended the White House signing of the historic JOBS Act as the representative of the crowdfunding industry in 2011 Indiegogo was the only crowdfunding partner company for Startup America, President Obama’s initiative to stimulate entrepreneurship in America. Prior to co-founding Indiegogo, Slava was a strategy consultant responsible for leading growth initiatives on behalf of clients such as MasterCard, Goldman Sachs, and FedEx. Slava is also the founder of "Music Against Myeloma," an annual charity event that raises funds for and awareness of cancer research. @GoGoSlava