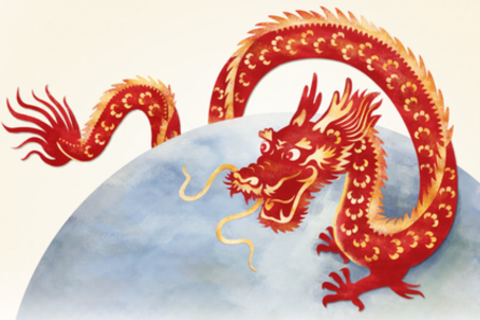 To many young Asian entrepreneurs, starting a company is an act of rebellion. It means defying the lessons of parents, teachers, and culture, who say: Be proper. Find a stable job. Don’t take risks. It means - in many cases - feeling uncertainty, shame, and fear of failure. It’s a struggle that will continue as these entrepreneurs gun to compete with US companies, get funding from US investors, and partner with US corporations.
This panel discusses where fear of failure comes from, how it affects Asian startups today, and what it means for the future of Asian innovation. It will include stories from the moderator's recent 6-month trip to 7 Asian countries interviewing over 100 entrepreneurs and investors.


Gwen is the co-founder and editor-in-chief of SGE. Previously, she was a partner of early stage technology investment firm, Thymos Capital and she has had two exits, one of which is iHipo. Gwen also sits on the Board of Advisors for the Singapore Innovation & Productivity Institute, Steering Commmittee for the Singapore Infocomm Technology Federation Awards 2013, and Board of Advisors for Social Media Week 2013. A frequent public speaker, mentor and judge at various startup bootcamps, events and competitions, Gwen loves meeting founders, developers, designers and scientists across all ages. An alumnus of the National University of Singapore and its University Scholars Programme, Gwen also spent some time in Silicon Valley and is a graduate of the NUS-Stanford University overseas college programme. She is also a mentor at Polish tech startup incubator Gamma Rebels, the Singapore curator for US-headquartered StartupDigest and the Singapore Ambassador for the Sandbox Network - the leading global network of innovators under 30. Gwen has also been a Worldwide Judge for Imagine Cup - the premier student technology competition helmed by Microsoft. She has also spoken in Hong Kong at one of its largest youth conferences, MaD Asia, and was recently in Austria to help envision the future of the country's economy in 2032 on invitation from an Austrian governmental organization. Gwen speaks 3.25 languages, loves physics, travelling, dance and adventure sports. She can be found on Twitter @gwendolynregina.


Kira M. Newman is a Tech Cocktail writer interested in startups, innovation, and new trends. In 2012, she returned from a 6-month whirlwind tour of Asia, where she met tons of welcoming, inspiring, and infectiously passionate entrepreneurs. Follow her @kiramnewman.


Richard has been bridging the digital divide between Korea and the rest of the world for almost 20 years.

So far, our startups and programs have growing locally and internationally, and have received and investment and/or partnerships from global brands such as: 500Startups, Google's Entrepreneurship Program, Samsung, NHN Investments, GS Investments, KOTRA, and more.

* Ramping up awesome stealth project to bring Korea to world stage even more...

EXTRA CREDIT
* Mentor for the Korean Communications Commission's (KCC) Global K-startup Program, a speaker, panelist and judge at many tech forums, and conferences worldwide and has run his own digital marketing and advertising agency based in Seoul.

Sleep is definitely NOT a forte.


Richard Robinson is a serial entrepreneur in Beijing. He has
been in China for 17 years as an entrepreneur, angel investor,
and mentor/advisor.

Richard is the President of Yolu which he co-founded with the founder
of renren.com to create mobile apps for business professionals

He is also Co-founder and Chairman of venture-backed Kooky
Panda and was previously co-founder of Shouji Mobile acquired
by China's largest internet comany Tencent (HKSE:0.700HK);
co-founder and CEO of Dada Asia which was acquired by Milan-listed
Dada; VP of Int'l for Linktone (NASDAQ:LTON); founder and CEO of
MIG which was acquired by Glu Mobile (NASDAQ:GLUU) and a founding
executive as VP of Marketing and Sales for renren.com which raised
$37 mln, listed on the Hong Kong Stock Exchange in 2000 and was
then acquired in 2001.

Richard is the co-founder of the first Beijing Chapter for EO
(Entrepreneurs' Organization www.eonetwork.org); is a mentor at
both www.Chinaccelerator.com - the leading startup incubator in China
affiliated with TechStars in Boulder, CO and at www.haxlr8r.com in
Shenzhen - the world's first accelerator for hardware startups.

ChopSchticks Comedy Schows www.ChopSchticks.com is his labor of love
on the side and he opened for Louis CK at a 325 year-old Peking Opera
theatre in Beijing in 2012. ChopSchticks has proudly given sore abdominal
muscles to tens of thousands of expat attendees across China and Asia
since 1998 ;-).

After graduating from college in '89 and before getting his MBA in '94
Richard was a wild-eyed backpacker who worked his way around the world
as a bartender in the Virgin Islands, a concierge/ski bum in a Swiss
Hotel, an English teacher in post-revolution Prague, a housepainter in
Norway, a grape picker in France and a BMW factory worker in Munich.

In 1993, he first came to China overland from Switzerland via
hitchiking and through the trans-Siberian railway. He rode a
1942 Harley-Davidson through Vietnam's Mekong Delta in '94 and did a
4,000km solo bicycle trip through Africa from Nairobi to Capetown in
'96 http://vimeo.com/user5425473.

Richard received an MBA from the Rotterdam School of Management at
Erasmus University in The Netherlands in 1996, studied at Cambridge
University in the UK in 1988 and holds a B.S. in Business
Administration from the University of Southern California in Los
Angeles in 1989.

He's a perpetual student of Mandarin Chinese and has two
boys Made in China. ;-)