How & Why to Travel Around the World 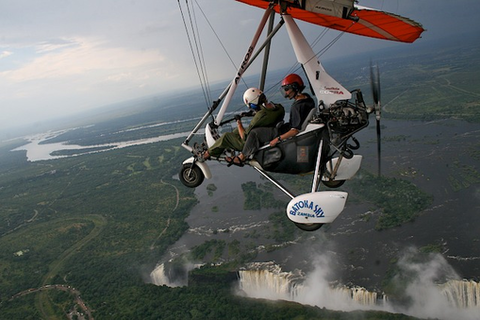 "I think if I can make a bundle of cash before I'm thirty and get out of this racket, I'll be able to ride my motorcycle across China." - Bud Fox, in Oliver Stone's movie Wall Street

Do you dream of traveling around the world? Do you believe that you must sell a company before you can travel in search of adventure and freedom?

At 26, Andy Stoll quit his job and set out on what would become a 4-year, 40 country solo trip around-the-world.  During his travels he handed out micro-loans in China; played a 19th Century British soldier in Bollywood; and worked in a dress factory in Bangkok. He lived the life of a maize farmer in Zambia; a Buddhist monk in Korea and a cowboy in the Australian Outback.

Using Andy's story as a jumping-off point, we’ll discuss how you can travel around the world---whether as a break from work or on a year-long vision quest, the true measure of a “successful life,” and how you can stop postponing your travel dreams today.


Andy Stoll is an American-based media producer and social entrepreneur. Most recently he co-founded Seed Here Studio, a social good startup working to grow the grassroots entrepreneurial & creative community in Iowa; co-founded Startup Iowa, part of The Startup America Partnership; is in development on a reality-based around-the-world travel show for a major network and serves in advisory roles with a number of startups.

Stoll recently completed a 4-year, solo trip-around-the-world and is a sought after speaker on leadership, creativity, cities, community-building, entrepreneurship and travel.