Data & Gamification: Value to the Enterprise 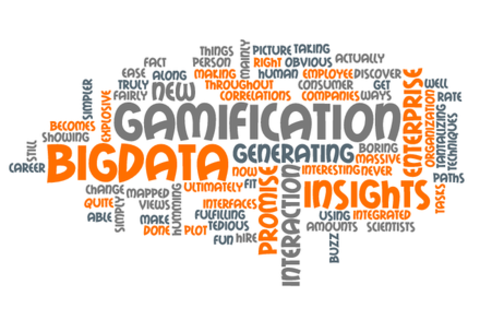 Is Gamification fulfilling its promise and where is it taking us now?
The buzz of gamification is still humming along, mainly because of its tantalizing promise: there are fairly obvious ways to make the most tedious of tasks, well, actually quite interesting and fun. As gamification becomes integrated throughout consumer and enterprise interfaces, is it truly generating new insights or simply making it simpler to get boring things done with ease?
The fact is that companies using gamification techniques are generating massive amounts of data, (or big data) at an explosive rate. Data scientists are able to discover correlations and insights in data that have never been mapped before, ultimately showing us a new picture of human interaction. What we do with these insights can change our views on enterprise and employee interaction, such as how to plot career paths or hire the right person to fit an organization.


Originally from New York City, Brendan graduated from Princeton University with a BA in political science & economics. After working in investment banking at Goldman Sachs & Co. and in private equity at The Blackstone Group, he decided that a career in finance was not for him and set-out to strike his own course at Stanford Business School, where he got his MBA. It was at Stanford where Brendan met his co-founder, Adeyemi Ajao, and they developed the idea of using big data to guide career decisions. Identified.com has raised $21M million in funding to focus on gamification in the professional space.


Jeremiah Owyang is an Industry Analyst on Customer Strategy and a Partner at Altimeter Group. As author of the blog “Web Strategy” (rated by Edelman as top Analyst Blog since 2008), he focuses on how corporations connect with their customers using web technologies. Jeremiah hails previously from Forrester Research as a Senior Analyst focused on Social Computing for the Interactive Marketer and takes pride in launching and managing Hitachi Data Systems’ Social Media program in 2005–2007. Jeremiah, along with the Customer Strategy team, has published numerous research reports focused on social business. He has been frequently quoted in the Wall Street Journal, The New York Times, and USA Today, and he is a frequent keynote speaker at business and technology conferences around the world. He also served as the Intranet Architect at World Savings (now Wells Fargo) and was a user experience professional at Exodus Communications after receiving his Marketing bachelor’s degree at SFSU. After work, he spends time with family, gets in some exercise, and travels to tropical beaches. Jeremiah was pleasantly surprised to find that his small, white, furry dog Rumba is active on Twitter.

Michelle started her career after university at Infresco Corporation, an independent software subsidiary of CA Technologies focused on revitalizing legacy applications, where she held a variety of positions in product marketing and support. Michelle’s innovative approaches to challenges and exceptional service mentality garnered her much praise from both her internal and external customers. It was because of her superior internal and external customer relationships that she was then offered the opportunity to take a leadership position at CA Technologies headquarters in New York, running CA’s Global Sales Support program, and later moved into a leadership role in Field Marketing helping to create account based marketing programs for CA’s strategic accounts.

Michelle was raised in Venice, Florida where she currently lives with her husband. She received her undergraduate degree from the University of South Florida and her MBA from American InterContinental University.

When she isn’t on the road traveling and strategizing worldwide sales and marketing tactics at CA Technologies, she is a member of the American Marketing Association and the Data Application Management Association. She is the author of a book called Agile Marketing that discusses applying agile development methodologies to marketing for better results.


Tim Piatenko’s distinguished academic background — over six years at the Stanford Linear Accelerator Center researching High Energy Physics - and business experience uniquely qualifies him to extract insights from large volumes of data generated from users interacting with your application. After mastering the meticulous analysis of elementary particle collisions to extreme precision, he came to the epiphany that humans are much more interesting than particles and decided to conquer Web Analytics.

In the business realm, Tim developed a reporting platform for Like.com and honed his understanding of how users interact with search results at eBay. Venturing into the land of social gaming at Zynga, he was a key contributor to several projects, including the launch of Cityville. He now brings these experiences to building a world-class reporting and analysis platform for Badgeville. Tim holds a BA in math and physics from Cornell University and a PhD in physics from the California Institute of Technology.