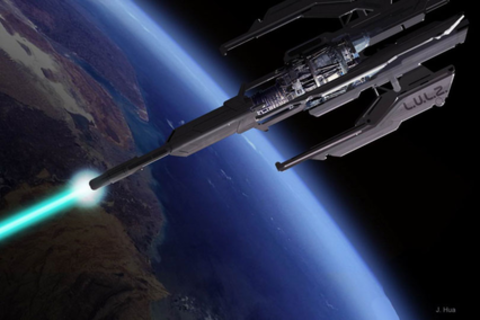 From SmarterChild to the Low Orbit Ion Cannon to Horse_ebooks, humans have relationships of varying quality with bots. Mostly it’s commercial spam. But sometimes it’s less benign: for instance, the 2012 Mexican elections saw thousands of Twitter bots published by one candidate’s side denouncing the opposition with a flood of messages. There are countless examples of bots used for nefarious purposes, in America, Iran and elsewhere. What would a future look like where instead we see a proliferation of bots for positive civic engagement? Could we automate the distribution of civic information and education? Manipulate information flows to improve our welfare? Engineer reverse-Distributed-Denial-of-Service attacks? Should we? This panel takes a critical look at the discourse around, and architecture of, information overload to facilitate an important and timely debate around the engineering, usefulness, and ethics of bots for civic engagement.


Alex Leavitt is a PhD student and researcher at the Annenberg School for Communication at the University of Southern California, where he studies social media from ethnographic and computational perspectives.

Weavrs are alter egos of the social web who blog themselves into existence using popular web services such as twitter, eBay, etsy, Youtube, flickr and Google maps.

They exists as algorithmic infomorphic personas who move geographically, explore the human web and produce media.

As a research tool, Weavrs has been used extensively in ethnography by brands worldwide.

David has been using Weavrs to explore the topics and themes of the 'post-user' internet - from user experience, media synthesis, identity management and politics.

David has been producing internet inventions since the mide 90s such as Virtual Reality nightclubs for Intel, cross platform products for Playstation, online collaborative TV for Channel 4 TV, an open licence collaborative sitcoms for Ford of Europe (Where are the Joneses?), a social media agency for Adidas and a transmedia franchise for Ridley Scott Associates.

He is currently devising a system to produce political parties made from software robots.


Erhardt is a graduate student at the MIT Media Lab and Center for Civic Media studying information flows across mainstream and social media. Before joining MIT, he was a research assistant at Harvard Project Zero's GoodWork Project and the Berkman Center for Internet & Society. Erhardt is also Co-Founder of BetterGrads, an online college mentoring program for high school students, a founding trustee of The Awesome Foundation, and a founding member of the Web Ecology Project. He holds an MPhil in Modern Society and Global Transformations from the University of Cambridge and B.S. degrees in Information Technology and International Studies from Rochester Institute of Technology.


Previously, Greg has deployed socialbots designed to pass the Turing test on social networks by acting like people instead of spambots. He thinks about the future of automated systems, and how autonomous agents can work together for good.