Designing UI in Keynote (Not in Photoshop) 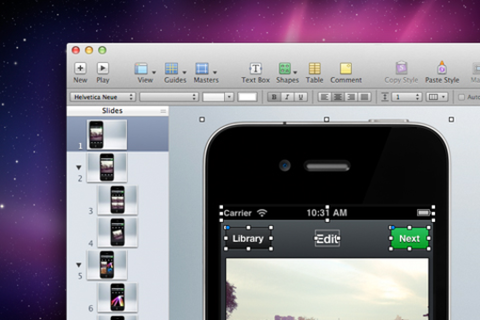 RSVP Required - I have used Apple's Keynote for mocking up UI while working at Apple and at Netflix. I use Keynote 95% percent of the time and use Photoshop and Illustrator on occasion but only for specific tasks. Keynote is an incredibly efficient tool for designing user interfaces for web and mobile applications and allows you to wireframe, create high fidelity designs, mockup interactions, create visual specs, simulate animations, and present all from one tool. I'll be walking through some of the workflows that I use in Keynote, show tips and tricks, talk about best practices, do a quick demo and answer lots and lots of questions.


Joel Beukelman is a Mobile UX Designer at Netflix and design consultant for other startups and companies. Prior to Netflix, Joel was the Design Director for AppStack, a startup helping local business find mobile customers.

Outside of being a designer, Joel enjoys consuming craft beer, wearing tattoos, and listening all things metal and folk.


Ted started his design career at Duarte Design with Apple as his main client. He also worked one-on-one with Al Gore, to create the compelling and impactful slides that were the basis for the Academy Award winning film, An Inconvenient Truth. After Duarte, he spent 5 years at Apple as the lead UI designer for Keynote on the iPad, iPhone and desktop and then spent a little under 2 years at Netflix as Lead Designer for mobile. He is currently a Senior Designer at Nest Labs.

Ted studied Industrial Design, and still enjoys product design and building things in his spare time. He lives in the San Francisco Bay Area and depending on what day it is you might find him surfing in Santa Cruz or enjoying food in San Francisco.

Ted is an evangelist and promotor of Keynote as a tool for User Interface designers and spoke on the subject at SXSW 2013, the Acadamy of Art in SF, and for the Design Team at Spotify.

Add to my schedule
RSVP

There are 0 seats available.