We Want Turtles! Giving Communities What They Want 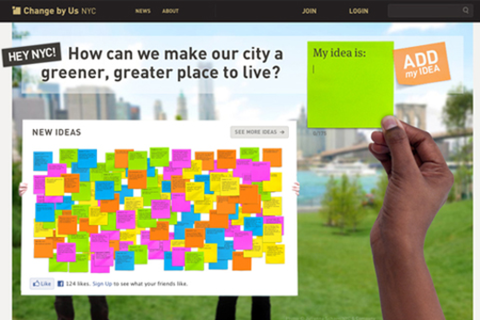 In conversation with Leslie Wolke, Jake Barton, founder and principal of Local Projects will walk through the case study of "Change by Us," an open source application with its first project up and running for New York City. In an attempt to translate large-scale government initiatives into concrete and desired improvements for the city's residents, this website solicits ideas -- as seemingly far-fetched as a turtle pond in the Lower East Side of Manhattan (which has been funded, by the way) -- and connects the ideas and their proposers with relevant city agencies to make them happen. This case study will kick off a far-reaching conversation about how the web is best used to instill and sustain community activism and involvement.


Jake Barton is principal and Founder of Local Projects, which is creating the media design for the 9/11 Memorial and Museum, the Cooper-Hewitt National Design Museum with Diller Scofidio Renfro, and the Frank Gehry designed Eisenhower Presidential Memorial. Local Projects is a three-time National Design Award finalist and was named the second most innovative design firm by Fast Company for its redefinition of emotional storytelling. Jake is recognized as a leader in the field of interaction design for physical spaces, and in the creation of collaborative storytelling projects where participants generate content. Current clients include the StoryCorps, Change By Us, BMW Guggenheim Lab, Cleveland Museum of Art, Seaworld, and the National Museum of African-American History and Culture.


As an independent consultant, Leslie works at the intersection of design and technology to produce wayfinding websites and interactive tools to help people find their way in complex environments. She writes about design, architecture and technology and lives in Austin, Texas and NYC.