Equity: Making the Most of Your Other Paycheck 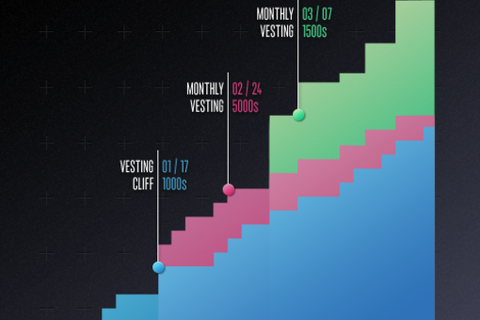 If you're planning on joining a startup, start smart.
Venture financing in tech is at a fever pitch -- 3,700 companies received financing in 2011 alone, and all of them were issuers of stock options. This begs the question, what are stock options really worth?
Surprisingly, many startup employees do not understand the value of their options, which represent a significant part of their compensation and a vital part of their net worth. Time to smarten up! In the stock options game, it’s heads you win, tails you don't necessarily lose; either way, every employee should know the facts to make informed decisions. Understanding the basic economics of stock options can save you thousands, or even millions, in the long run. How’s that for incentive?
In this session, Bill Harris, CEO of online wealth manager Personal Capital (former CEO of PayPal and Intuit) will discuss the value of stock options to startup employees and offer tips to maximize their upside potential on your wallet.


Harris is the founder, CEO and major shareholder of Personal Capital -- a digital wealth management firm for consumers, integrating data aggregation, investment management and banking services across phone, web and mobile channels. Personal Capital’s management team includes the former CIO of eLoan, the former Group Product Manager of Quicken, and a number of executives with deep financial services and technology experience. The company has raised $27 million in early stage financing from two leading Silicon Valley venture capital firms, and launched its service to the public in September 2011.

Harris also founded several other companies, including MyVest, XTec, IronKey and PassMark Security. He also serves on the boards of several companies, both public and private.

In 1999-2000, Harris was CEO of PayPal. (Initially CEO of X.com when it launched an Internet-based payment service and acquired Confinity, a rival person-to-person payment company, to establish dominant market share.) The combined PayPal service acquired one million customers in its first six months, and now has over 150 million users. The company successfully established a new payment network, which invented the global market for online payments.

During Harris’s tenure, PayPal launched the service and raised $125 million in equity financing. The company was subsequently purchased by eBay for close to two billion dollars. Today, PayPal generates over $2.5 billion annual revenue and over $500 million profit contribution.

When Harris left Intuit, the company had 5,000 employees and a $5 billion market cap – up from $600 million in 1994. During his tenure, he spearheaded more than fifteen acquisitions and investments, including: (1) Lacerte – a $400 million cash acquisition with a simultaneous secondary offering to raise the funds; (2) Excite – a $20 million investment in an Internet partner which was sold for $550 million three years later; and (3) CheckFree – a $150 million investment in a bill payment service which was subsequently valued at over $400 million. Harris also served on CheckFree’s board of directors during that period. He was one of twelve Department of Justice witnesses in the Microsoft anti-trust trial of 1998.