Addicted to Mobile, the New Cigarette 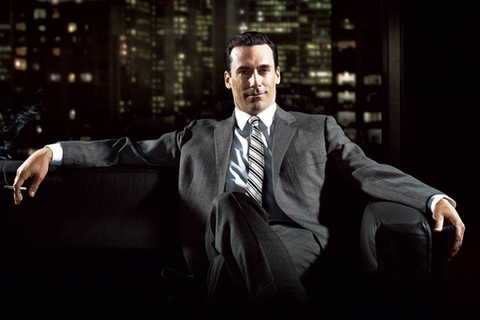 In many ways, mobile is the new cigarette. Like a pack of Marlboro Reds, this powerful machine of cool fits in our pocket so it can always be activated. Just as smokers have no compunction about going up to someone with a cigarette and asking to bum a smoke, mobile users have created a sense of understanding among mobile device-clad peers. It comes from shared experience. Mobile is how we connect with each other and how we keep company with ourselves. It’s still true that a PC can do plenty of things that tablets and phones can’t, but it’s that mobile device that is always with us. Sure, it can be a crutch, yes it’s addictive – but it is also indicative of a major cultural change. Doug Grinspan of Say Media, in conversation with Jeremiah Zinn of Viacom, will explore the shrinking divide between screens (TV, desktop, tablet, mobile), noting how media consumption and commerce habits have changed.


With more than 12 years of mobile experience, Doug has held a number of roles focused on strategy and innovation. At Say Media, Doug oversees mobile sales programming in North America, the UK and Australia. Prior to joining Say Media, Doug directed business development, client management and sales for SinglePoint's burgeoning media and advertising segments with major publishers, including NBC Universal/Comcast, MTV Networks, ABC/Disney and CBS. Doug was instrumental in leading the successful deployment of mobile programming for the Beijing and Vancouver Olympic Games with NBC, designing interactive television programming for American Idol, MTV's Video Music Awards and the Oscars, and supporting social/political mobile initiatives for Obama for America (2008 campaign), VH1's Save the Music and SMS-based Amber Alerts for missing children. Doug also spent four years at Cingular Wireless (AT&T) as an offer development and negotiations manager. Doug graduated summa cum laude from Emory University with a degree in Psychology.


Jeremiah Zinn is Executive Vice President of Digital Products for Viacom Media Networks (VMN). In his role, Zinn heads up the product team that manages the company’s digital platforms, tools and services with a focus on monetization and innovation. Zinn works across VMN's diverse brands on products including video, social media, search, games and mobile, as well as services such as reporting, advertising, search engine optimization and content management. Based in the company’s New York City headquarters, Zinn reports to Rich Eigendorff, Chief Operating Officer of VMN.

In his Viacom tenure, Zinn’s team was responsible for many of the companies largest product launches, including launching over 200 apps that have been downloaded more than 70M times, as well as launching 20+ mobile websites that account for more than 80m page views a month. Under his leadership, Viacom runs a video platform that supports more than 6 billion streams a year. Zinn also oversaw the launch of VMN’s data management platform that has CRM data for more than 35M consumers and behavioral and interest profiles for more than 120M consumers.