Reputation as a Currency: Is the Resume Extinct? 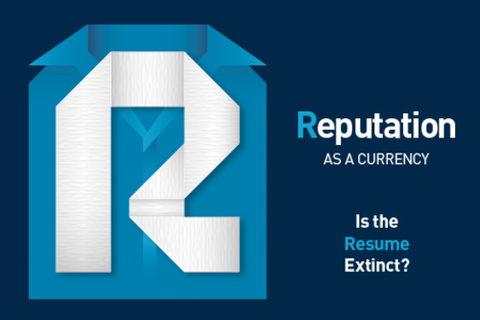 Trust mechanisms played a huge role in ushering online transactions from scary leaps of faith to our status quo, but what happens when online trust and social reputation move beyond the commerce space?
Could your online reputation replace traditional validation engines? At what point does the trust footprint you're creating online eliminate the need for a CV? What if you could leverage your social reputation for those things that traditional credit scores are used for, like buying a home or renting a car? Some may argue that a long and robust history of great transactional behavior online is a much better indicator of future behavior than a few late payments to the cable company.
In this session, TaskRabbit's Founder and CEO, Leah Busque, will discuss how we've come from the age of credit -— which transformed commerce — to the age of social capital, which is fundamentally changing the way we think about markets, power, online connections, and personal identity.


A vision for revolutionizing the way people work led Leah Busque to pioneer the concept of “service networking.” Her passion for product innovation and devotion to user experience have propelled TaskRabbit into a leading role in the collaborative consumption movement.

Since bootstrapping TaskRabbit in 2008, Leah has expanded the company nationally, grown the team to more than 60 employees, raised nearly $40 million in venture funding from venerated investors like Shasta Ventures, Lightspeed Ventures, and Founders Fund, and inspired legions of startups to launch in the collaborative and service networking space. Fast Company named her one of the “100 Most Creative People in Business,” and her achievements have been featured in the Wall Street Journal, Wired, and Time. Under her leadership, TaskRabbit has gathered accolades as a finalist in the Crunchies and Mashable Awards, and was named “The Next Big Thing in Tech” by the New York Times. Prior to founding TaskRabbit, Leah was a Software Engineer at IBM, working in the Messaging and Collaboration Software Development Group.