The Paradox of the Cloud 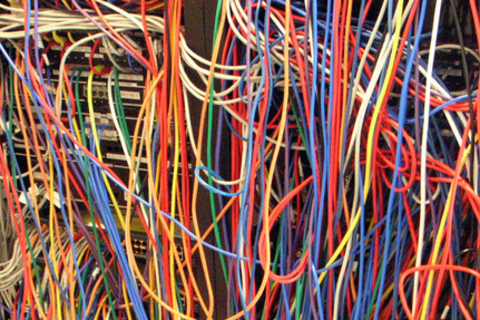 The promise of the cloud is that our environmental impact is lighter as we move from physical to digital products and documents. However, our production of digital content is increasing exponentially. For example, Facebook alone handles 300 million photo uploads per day. To house this growing data, we are building a vast physical infrastructure that depends on non-renewable energy resources.

This infrastructure comes in the form of data centers – factories of the Information Age. Similar to the massive structures of the Industrial Age, we are again choosing to build systems that use resources faster than this planet can provide. As designers, we have an opportunity to create products that inherently allow users to demand a sustainable digital future.

Learn about environmental effects of the cloud, the concept of digital carbon footprints, and tools for behavior change in the production and consumption of digital content.


David is an interaction and product designer, currently working for Twitter. He has worked for a diverse set of clients including Facebook, Case Commons, Holiday Inn and GM. A life long learner, David enjoys working on projects that facilitate discussion and encourage civility between people with opposing viewpoints. He holds an MFA in Interaction Design from the School of Visual Arts in New York and lives in San Francisco.