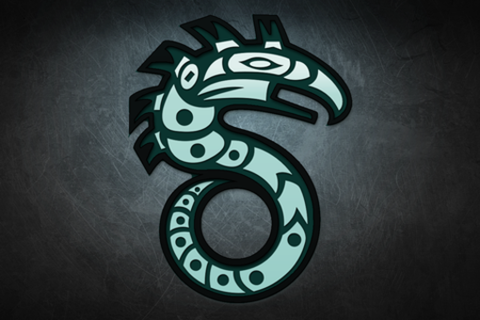 Go behind the scenes with Harebrained Schemes, the developers of Shadowrun Returns, the Kickstarter crowdfunding phenomenon. Shadowrun Returns is a story-based tactical role-playing game for PC, Mac, and Android & iOS Tablets.
Join Jordan Weisman, the creator of MechWarrior, Crimson Skies, Shadowrun, Hero Clix and more as he and his partner, Studio Manager Mitch Gitelman, pull back the curtain to share an in-person update on the game's development process in a fluid, open environment with room for plenty of Q&A.


Jordan Weisman has been the creative force behind several interactive entertainment companies, including his latest ventures: Harebrained-Schemes LLC and Go Go Kiddo Inc. Along the way, he created MechWarrior, Shadowrun and Crimson Skies, three of the longest running franchises in the game industry.

Weisman got his start in the paper game industry founding FASA Corporation in 1980, where he created BattleTech/MechWarrior and Shadowrun. He pioneered publicly accessible virtual reality at his second company, Virtual World Entertainment, which he sold to the Disney family in 1992.

Jordan founded FASA Interactive to develop his properties for PC and sold the company to Microsoft in 1998. After the acquisition, Jordan became the Creative Director for Microsoft’s Games Division where he oversaw the first two years of all Xbox titles, including the launch of the Halo franchise.

In 2000 Weisman founded Wizkids when he invented the collectible miniature figure game format for MageKnight, MechWarrior and HeroClix. Wizkids grew quickly and was acquired by Topps Inc. in 2003.

After Wizkids, Jordan co-founded 42 Entertainment to build upon the pioneering transmedia experience he created with Steven Spielberg for the film A.I. Artificial Intelligence which spawned the new genre of Alternate Reality Games. As Chief Creative Officer of 42 Entertainment, Jordan oversaw the creation of “I Love Bees,” for the launch of Halo 2, “Why So Serious,” for Dark Knight, “Year Zero,” for Nine Inch Nails, along with many other landmark ARGs.

Harebrained Schemes, Jordan’s latest company, is focused on raising the quality bar in mobile entertainment. Their inaugural release, partnering with Bungie, was the critically-acclaimed Crimson Steam Pirates, one of Apple’s Benchmark Games of 2011 and their second game, Strikefleet Omega was one of Google’s Best Games of 2012, placing Harebrained Schemes firmly on the list of studios to watch.

Weisman is a New York Times bestselling fiction author, winner of the Northwest E&Y Entrepreneur of the Year award, Time Magazines Ten Best Ideas, and dozens of design awards. He is an adjunct professor at USC’s School of Cinematic Arts and co-founder of the Center for Serious Play at the University of Washington.

Jordan made headlines in 2012 when Harebrained Schemes ran one of the first seven-figure Kickstarter.com crowdfunding projects in history to bring back one of his favorite game worlds, Shadowrun.