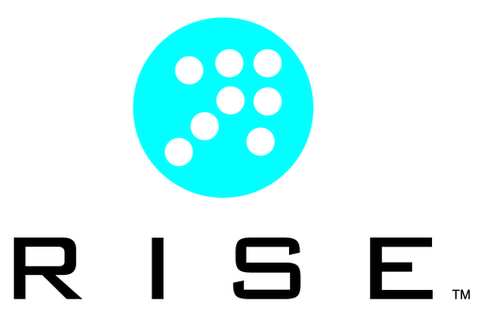 Funded in Austin features Founder/CEO’s of three startups who have pursued and secured investment in their entrepreneurial ventures – one from crowdfunding, one from angel funding, and one from venture capital – totaling about $110 million in funding. Together, we'll explore their in-the-trenches startup fundraising experiences. We'll share an in-depth and broad conversation around these three types of funding and the challenges and benefits of each from the Founder/CEO’s unique point of view.
Funded in Austin is part of the SXSW Interactive Startup Village programming and the Startup Austin track, which highlights the robust startup, entrepreneur, and investor community that exists in Austin. Startup Austin allows current and future entrepreneurs to network with and learn from Austin's technology trailblazers and startups.


Barry Evans founded Calxeda in 2008 to fundamentally remake hyperscale computing infrastructure with cell phone technologies and compete directly with the most formidable companies in hi-tech. He led the company to raise $48M in one of the single most significant fabless semiconductor startup financings in recent history while earning recognition by MIT as one of the 50 most innovative companies in the world. Calxeda has since raised a total of $103M and changed the world of computing.

Barry is a 20 year veteran of the semiconductor industry. He holds a BSEE from the University of Texas at Austin and an MBA from Boston University.


Claire England is Executive Director of RISE Global. RISE – a Relationship & Information Series for Entrepreneurs – is Austin's free conference series for entrepreneurs, a nonprofit program in its seventh year. RISE empowers Austin's startup community by lowering barriers to entrepreneurship. What truly sets RISE apart from any other entrepreneur program is that it is free, crowd-sourced, and decentralized. RISE Week Austin is May 13-17, 2013 and was named a "Must-Attend 2013 Conference for Entrepreneurs" by Forbes.


Justin Jensen founded Cinetics in 2011 with the goal of making making captivating camera movement available to anyone. As a filmmaker and student in the MIT Media Lab, Justin developed Cinetics' first modular product, CineSkates, and turned to the crowdfunding website Kickstarter to raise production money through pre-sales. The tiny, inexpensive, portable, expandable camera-movement platform was successfully funded in one day, and quickly went on to exceed the $20k funding goal by nearly 25 times. Cinetics growing team is now working to continue developing revolutionary camera technologies.

Justin has earned a Bachelor of Science in Mechanical Engineering from UT Austin and an MBA from the Massachusetts Institute of Technology, and has worked as a technology consultant for organizations ranging from battery start-ups to NASA.


Matt is Founder and President of OneSpot, which enables businesses to intelligently deliver digital content as ads that people actually want to click on. Previously, he was a Partner at G-51 Capital, an Austin-based early-stage venture capital firm.

Matt has been working with digital content for nearly 25 years: he has consulted with companies nationwide on technology and business strategy, and was Senior VP of Operations and CTO for New Century Network in New York (a content and advertising network of over 150 online newspapers). He started his career at the Houston Chronicle, where he co-founded HoustonChronicle.com in 1994, and registered the world's first newspaper domain in 1988.

He holds a BA from the Honors Program in Computer Science at Rice University.