Architecture of the Air 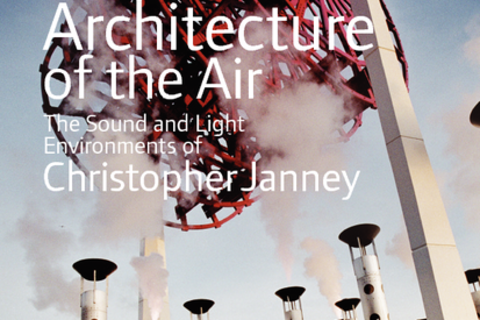 Trained as an architect and a jazz musician, Christopher Janney has been combining these two disciplines for over 30 years. Sometimes trying to make architecture more like music- more spontaneous, more "alive"- Janney has created a series of permanent interactive light/sound installations in both the US and Europe, titled "Urban Musical Instruments." At other times, trying to make music more like architecture- more physical, more visual- Janney has created a number of performances and performance instruments including "HeartBeat" for Mikhail Baryshnikov where he danced to the sound of his heart in "real time".

Projects include the interactive sculptural scoreboard for the Miami Arena, in Miami, FL; Rainbow Cove at Logan Airport, Boston, MA and A House is a Musical Instrument: Kona, an 8000 square foot private residence in Kona, HI based on Hawaiian cosmological principles, Harmonic Convergnce, an interactive sound/light environment in the Miami International Airport; Harmonic Fugue for Hendrix College in Conway, Arkansas; and four US/UK tours of Sonic Forest to major music festivals including “Bonnaroo,” “Coachella,” “Ultra” and “Glastonbury.”
Projects currently in design include “Sonic Fireflies” for the new REVEL resort in Atlantic City, NJ; “Light Waves: Atlanta” for the Atlanta International Airport and a special-feature screening of “What Is A Heart?” at Art Basil Miami, a film on Janney’s HeartBeat project with an opening live set by The Persuasions.

Believing also that architecture is about a manifestation of the “public spirit”, he has been a Visiting Professor at Cooper Union's Irwin Chanin School of Architecture and Pratt Institute where he taught his seminar "Sound As A Visual Medium."

PhenomenArts, Inc. has studios in both Lexington, MA and London, UK. For more information, go to www.janneysound.com.


Ryan Edwards is a career musician for dancers. From a beginning in big band jazz, to an extensive study in West African music and dance, he has been on the path to make people dance since he began in music. For 10 years led annual adventure-travel missions to Guinea, West Africa to a school he founded and built called Illymanya.

Currently interested in interdisciplinary art and performance work, he continues to explore music, installations and design for dance including modern and ballet.

He has been featured on many recordings as a composer, arranger, soloist, percussionist and drumset player. Ryan is most proud to be a father of two beautiful children, Jafiah and Maya.