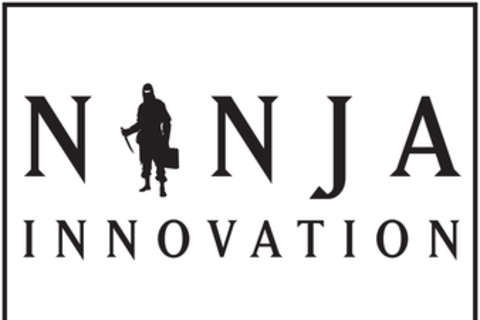 What leads to success? Why do some companies thrive while others fail? For 30 years, Gary Shapiro, CEO of the Consumer Electronics Association (CEA) and host of the world’s largest annual innovation event CES, has worked with the world’s most innovative and successful businesses – companies like Apple, Google, Intel and Microsoft. Shapiro shares the strategies that made these businesses and smaller companies successful . Incorporating lessons learned from his study of martial arts, “ninja” is a metaphor Shapiro uses to draw parallels between business and ancient warriors, to demonstrate how to create a “killer strategy” that’s defined by clear goals, flexibility and a focus on competition and innovative thinking. From defining one’s initial goals to building an army of “ninja” collaborators, Ninja Innovation shows readers how people and companies get on top, stay on top and change the world, with first-hand examples including Amazon, eBay, IBM and Ford.

Shapiro led the industry in its successful transition to HDTV. He co-founded and chaired the HDTV Model Station and served as a leader of the Advanced Television Test Center (ATTC). He is a charter inductee to the Academy of Digital Television Pioneers, and received its highest award as the industry leader most influential in advancing HDTV. He focused on the need for and led the effort to obtain the 2009 cut-off date of analog broadcasting.

Shapiro leads a staff of 150 employees and thousands of industry volunteers and has testified before Congress on technology and business issues more than 20 times. In 2012, and in prior years, Washington Life magazine named him one of the 100 most influential people in Washington. Under Shapiro’s leadership, CEA also annually wins many awards as a family friendly employer, one of the best places to work in Virginia and as a “green” tradeshow producer.

As chairman of the Home Recording Rights Coalition (HRRC), Shapiro led the manufacturers’ battle to preserve the legality of recording technology, consumer fair use rights, and opposing legislation like PIPA and SOPA, harmful to a robust Internet.

Prior to joining the association, Shapiro was an associate at the law firm of Squire Sanders. He also has worked on Capitol Hill, as an assistant to a member of Congress. He received his law degree from Georgetown University Law Center and is a Phi Beta Kappa graduate with a double major in economics and psychology from Binghamton University. He is married to Dr. Susan Malinowski, a retina surgeon.


Chairman of the Business and Leadership Forum at the Commonwealth Club of California; developing, producing and moderating programs and series on a variety of topics.