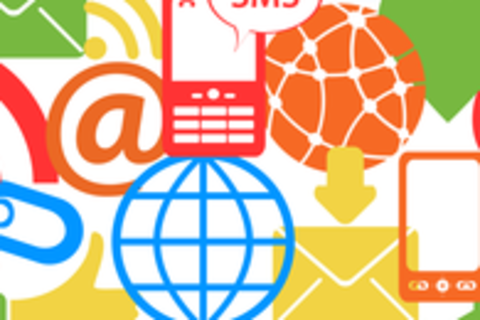 Health today is everyone’s business. Industries, companies and individuals are shifting their perception of health from something to fix to something to encourage. Digital storytelling and content are uniquely positioned to foster well-being in the near-term and impact the long-view of human sustainability across genders, races and socioeconomic classes. Sponsored by Edelman
Edelman’s proprietary research shows that social interaction is key to spreading good health, but many with the highest potential to positively influence others are avoiding them instead. Interactive industries have an opportunity and responsibility to reinforce the healthy lifestyle choices of others. Because the truth is: business leaders are setting health policy in the digital sphere whether they are conscious of it or not. This panel will explore the research and anecdotes of how digital content can transform health, change attitudes and behaviors and turn knowledge into action through compelling storytelling across mediums.


Christie Hefner serves as Executive Chairman of Canyon Ranch Enterprises, a new company leveraging the brand and knowledge of Canyon Ranch via media and business partnerships. A new content site launched in November under the Your Health section at canyonranch.com, including mobile apps with fitness videos, recipes and other healthy living content from the experts at Canyon Ranch.

From 1988-2008 she served as Chairman and CEO of Playboy Enterprises, Inc. overseeing global expansion of Playboy’s legendary brand to a wide array of new platforms and markets, transforming a domestic publishing-based business into a global multi-media and lifestyle company. Under Christie’s leadership, the company developed its profitable television business — the first time a magazine successfully leveraged its brand into television. Continuing the Company's electronic expansion, in 1994 Christie led the Company onto the Internet when Playboy became the first national magazine on the World Wide Web. She was the longest serving female CEO ever of a public company, and she was named one of the 100 Most Powerful Women in the World by Forbes magazine for three consecutive years.

Christie has spoken to audiences around the world including the closing keynote address at the International Federation of the Periodical Press (FIPP) Conference on Digital Publishing in Berlin, the Distinguished Speaker Series at Harvard Business School, the University Technology Managers annual meeting and was twice at the World Economic Forum in Davos.

The first woman elected to the Chicago chapter of the Young Presidents' Organization, Christie helped to found the Committee of 200, an international organization of preeminent women business owners and executives and currently sits on the Council of National Advisors for Springboard Enterprises, which supports women-led growth ventures. She is also a Director of the Center for American Progress, the leading progressive public policy think tank started and run by John Podesta.

She has received many awards including the Inaugural Champion of Freedom Award from the Anti-Defamation League and the University of Illinois at Chicago’s Family Business Council Leadership Award. She was also inducted into Digital Hall of Fame by min, the media industry trade publication in 2005.

For over 20 years, she has served on the board of Trustees for Rush University Medical Center, the largest private hospital in Chicago, and has also distinguished herself as a committed HIV/AIDS activist. She spent four years as project board chairman for the CORE Center––a public-private partnership between Rush University Medical Center and Cook County Hospital––and raised $30 million to build this innovative clinic and research facility, which opened in Chicago in the summer of 1998. The CORE Center conducts clinical research and provides prevention education and outpatient care for people with HIV/AIDS and other communicable diseases.

Jennifer has spearheaded award-winning integrated marketing campaigns for brands such as Activia, alli, Chantix, Claritin, and the American Heart Association’s Go Red For Women red dress campaign, to name a few.  She also created the breakthrough “Circle of Friends” campaign that encouraged women to quit smoking on behalf of the American Legacy Foundation, as well as the “Get Quit Clinic” initiative for Pfizer.

Jennifer is also on the faculty at New York University in the School of Continuing Studies where she teaches a graduate-level course on corporate communications and media relations. She’s a board committee member of the American Heart Association and the American Diabetes Association New York chapter.

Prior to joining Edelman, Jennifer owned a Chicago-based public relations agency she started in 1993. Over a nine-year period, she cultivated a robust client portfolio representing national consumer lifestyle clients. She sold her agency to Havas/Euro RSCG Magnet in 2002.


As president of SpaFinder® Wellness, Inc., Susie Ellis is recognized as a leading global authority on spa and wellness.
Susie is also chairman and CEO of the Global Spa & Wellness Summit. Author of SpaFinder's annual Spa Trend Forecast, she is a prominent writer and speaker and a respected industry analyst. Susie is a member of the International Advisory Board (IAB) of the Ecole Hôtelière de Lausanne, on the board of the Center for Medical Tourism Research (CMTR); a member of the Spa Advisory Board for the University of California, Irvine, Spa and Hospitality Management Program and on the Aspen Brain Forum Board of Advisors.

Susie began her career in wellness at the famous Golden Door in California. She holds a MBA from the University California Los Angeles (UCLA) and is the recipient of the prestigious International Spa Association's 2012 Visionary Award.