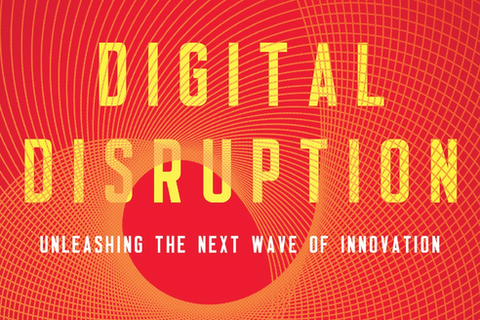 James McQuivey, Ph.D., author of the new book Digital Disruption, promotes that accelerated disruption made possible by ubiquitous digital platforms and tools. In his work with companies in nearly every industry, he has observed the rise of a mindset among digital disruptors that is part hacker ethic, part rugged individualist, and part naive do-gooder. These traits are converging in maximally disruptive individuals that McQuivey collectively calls The Next Disruption. Where digital disruption research has historically focused on rewriting the rules of business creating now-legendary forces for change like Facebok and Hadoop, The Next Disruption will go much further, consciously applying the same interest in experimentation, data science, and risk to change the way we learn, govern, and live. This is not about the next big thing. It's about the next small things, billions of them, moving toward a bigger future than any powerful players can do alone.


James is a vice president and principal analyst at Forrester Research and the leading analyst tracking the development of digital disruption. As the author of the book, Digital Disruption, he develops consumer models to help companies understand the power of digital consumers and strategy models to help companies in every industry prepare to serve those newly empowered consumers.

James is in high demand as a speaker, keynoting and contributing to major events like CES, NAB, SXSW, and CeBIT as well as private client events around the world. He comments regularly in The New York Times and the Wall Street Journal and has contributed bylined columns for sites like Harvard Business Review, The Economist, and Forbes. He also appears frequently on news outlets like CNBC and NPR. James received his Ph.D. from Syracuse University's Newhouse School of Public Communications.