A Conversation with Nick Cave 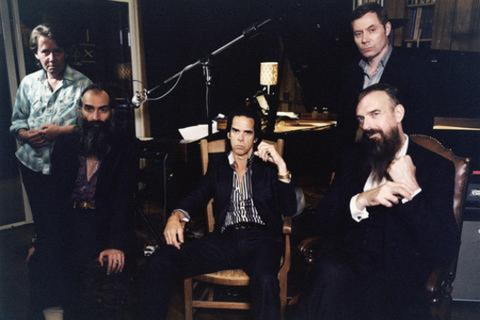 SXSW Film and Music are excited to present Nick Cave in Conversation with New York based author Larry Ratso Sloman.

Nick Cave is an internationally acclaimed author, composer, screenwriter and actor. In recent years, Cave wrote the screenplays for The Proposition and Lawless, while he and Warren Ellis scored The Proposition and The Assassination of Jesse James by the Coward Robert Ford and The Road. The two more recently presented the Lawless soundtrack featuring Cave/Ellis originals and classic compositions performed by The Bootleggers and the likes of Ralph Stanley, Willie Nelson, Emmylou Harris and more.

Sloman's numerous collaborators include Howard Stern, David Blaine, magic historian William Kalush and Anthony Kiedis of The Red Hot Chili Peppers, with whom he worked on the memoir Scar Tissue. Sloman also wrote an account of Bob Dylan's 1975 Rolling Thunder Revue tour, On the Road with Bob Dylan, and penned Reefer Madness, a history of marijuana use in the United States.

This conversation between the two prolific creative forces of Cave and Sloman is not to be missed.