Changing Rules for Women and Sex on TV 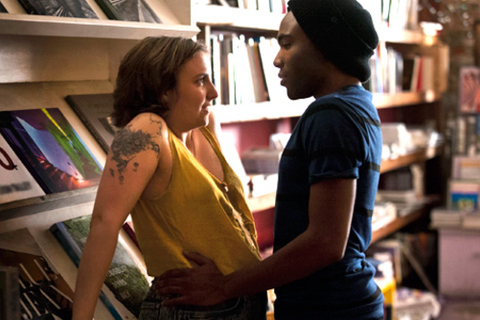 This latest TV season brought us one woman impersonating an underage hooker in bed (Girls) and another woman smashing her date's head into a car window (Louis C.K.). These were not trashy housewives or the recently arrested on Cops but two Brooklyn girls. A third show features the sweet Jennifer Love Hewitt as an actual high class hooker (The Client List). These shows are exploring the age old questions of the double standard and female desire but in a much more edgy way. Meg Ryan's orgasm scene at the deli in When Harry Met Sally opened the door to honesty about what women do and don't do but now these shows are finally answering the question, what do women want, and can we really stomach watching it?


Alyssa Rosenberg is the critic ThinkProgress.org. She is a correspondent for TheAtlantic.com and a columnist for the XX Factor at Slate. Alyssa grew up in Massachusetts and holds a B.A. in humanities from Yale University. Before joining ThinkProgress, she was editor of Washingtonian.com and a staff correspondent at Government Executive. Her work has appeared in Esquire.com, The Daily, The American Prospect, The New Republic, National Journal, and The Daily Beast.


Noreen Malone is a staff writer for the New Republic, where she writes about the politics of culture and the culture of politics. Previously, she was on staff at New York magazine and Slate.com.


Writer and editor at Slate.


Sarah Gertrude Shapiro- a courageously neurotic feminist writer-director living in Portland and LA. One of 8 selected for AFI's prestigious DWW 2012. Her award winning films have screened from Mumbai to Tel Aviv and she has worked with the likes of Mike Mills, Todd Haynes, and Haris Savides. Sarah Lawrence alum, ex-commercial fisher-woman.