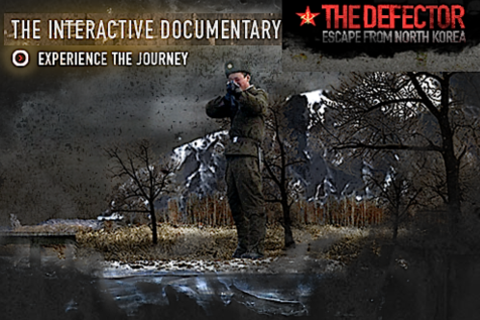 10 important tips you need to know when making a web doc, by award-winning agency Jam3 and Fathom Film Group (and of course Kim Jong-il). We give the inside scoop on how to get funding, how to leverage assets in a transmedia project and all the do's and don't we learned in the school of hard knocks. We'll talk about award-winning web docs out there and do a case study of how we built the successful The Defector Interactive from a documentary film project.

Plus tips from DPRK including ;-)

2) Which flavour of ‘Interactive’ is best for your project?


One of the 3 partners at Jam3, Adrian is Co-Creative Director and brings to the table not only his creative skills but also a strong knowledge of digital strategy stemming from his advertising and marketing experience. A respected creative judge at several award shows and a permanent judge at the FWA, he also speaks at interactive conferences as well as speaking to college and university students every year about interactive motion and creativity.

Jam3 is one of the world’s top digital production and design agencies. They specialize in creating highly advanced, experiential works in both the advertising and entertainment industries. Their work has been recognized at Cannes, the One show, the Webby’s and SXSW and are among the Top 50 all time FWA winners including the 2012 Site of the Year.


As social media expert, Hannah has produced crowd-funding campaigns for independent projects, such as The Defector, All Out War, and The Choco Jungle Project. Her work in managing and cultivating social media communities is strongly focused on documentary and social justice films. Equally adept both on and off the set, Hannah is also a production coordinator and manages the public relations for Fathom Film Group.