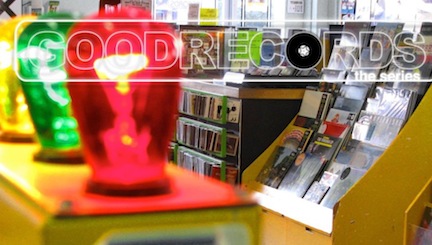 Calling all actors! Get ready for the first ever SXSW Casting Calls - a daily series hosted on Next Stage. This new series puts the casting process in the spotlight for all to see. Whether you're an experienced or aspiring actor, a new filmaker or a curious cinephile, learn from these experts and land yourself a new gig!

Beth Sepko is a Texas-based casting director with 20 years expertise specializing in the casting of television series & feature films and working with directors such as Robert Rodriguez, Richard Linklater, Mike Judge, Tim McCanlies & Eduardo Sanchez. A five-time Emmy nominee, Beth was awarded the Primetime Emmy for Outstanding Casting of a Drama Series for the television series “Friday Night Lights”. She is currently casting the TNT continuation of the television series “Dallas” shooting in Dallas as well as “Sin City: A Dame To Kill For” filming in Austin.

For more information on the series produced by Christopher Telles, check out GOODRECORDS: The Series on facebook: www.facebook.com/GOODRECORDStheseries

To apply for a role, please email a current headshot & resume to: castingGOODRECORDStheseries@gmail.com.