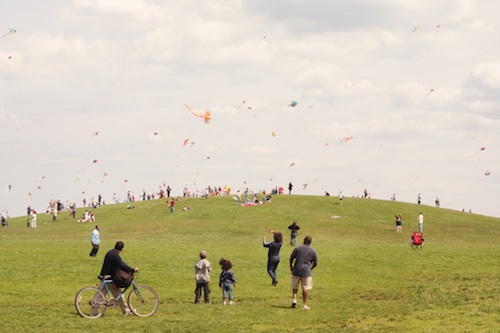 The popular perception of digital and social media is that it’s ephemeral. Disposable. Mere one-offs, designed to be consumed and forgotten. But creative people are experimenting with storytelling across digital and interactive platforms such as Instagram, Twitter, and Tumblr, to tell stories that sustain engagement and evolve as their audiences grow. This panel, moderated by Kristen Joy Watts of R/GA and featuring some of the most compelling storytellers on the web, will explore the best ways to keep an audience engaged over time. The panelists – Kenyatta Cheese who was one of the creators of Know Your Meme, Sarah Kramer of The New York Times who created the Emmy Award-winning series One in 8 Million, and Paul Octavious, a photographer and artist with the popular series #samehilldifferentday – will describe the unique challenges and benefits of building an audience on their platform(s) of choice, their creative processes, and how their narratives evolved over time.