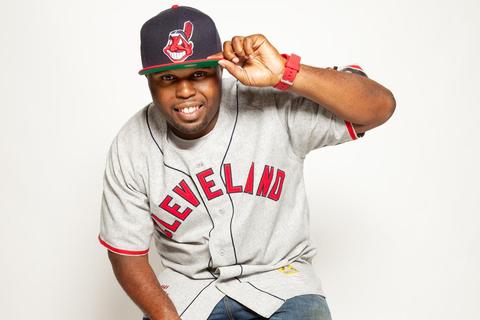 Born in Cleveland, Ohio, DJ Steph Floss made his dream of becoming a DJ a reality in 2002 at the Ohio State University.

Although he's the resident DJ for 6 nightclubs throughout the week in Cleveland, he also has monthly events in Atlanta and Miami which he has been doing for some time now.

In 2008, DJ Steph Floss was named the official DJ of The Cleveland Cavaliers, where he still holds that title.

The following year (2009) he was given a daily mixshow on Cleveland's Z107.9 FM which airs at 9pm. More recently, he's been given another show, The “New at 10” Show and his own show "The Pre-Game with DJ Steph Floss" that airs every Saturday at 8pm.

As, LeBron James’ personal DJ, Steph has done events for Jay-z, Barack Obama, Nike Nickelodeon, Vitamin Water, and T Mobile just to name a few. Steph recently formed a partnership with Timberland and the two have been doing events throughout Cleveland.

In 2011, DJ Steph Floss entered his first DJ Battle and was the runner-up in McDonalds’ “Flavor Battle” DJ Competition

In 2012, DJ Steph Floss traveled to the 2012 Olympic games in London, England, where he now only supported the American athletes, but also DJ'd a few events.