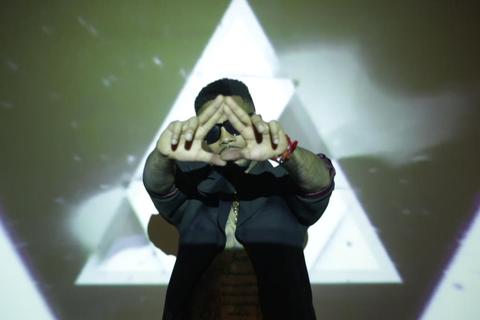 Listen to Just In Case The World Ends

Deniro Farrar is an enigma. Born in Charlotte, N.C. and thanks to word of mouth, he has risen to critical acclaim on the biggest and most influential music publications, with no publicist. He has travelled the country hypnotizing audiences and opening for the biggest acts in hiphop, with no booking agent. With no marketing, no strategy, rare features and release dates for projects being whenever the hell he wants them to be, coupled with his intentional slipping under the radar from greedy major labels means this: your discovery of his music is destiny.....

With Major Label offers and the temptation of selling your soul for radio play via catchy stupid songs looming, Deniro has taken the lonely, destitute, off beat path to create his own dangerous subgenre of hiphop. He has picked up loyal followers one by one. These followers become family, and they follow and support and believe in everything he does. They know all of his music front to back, word for word. They will be with him forever. He has been branded as cloud rap, internet rap, weird rap. In response, he offers seven words to clarify all inquiries:
Fuck Alt Rap, This is Cult Rap.
-Join the Inner Circle-