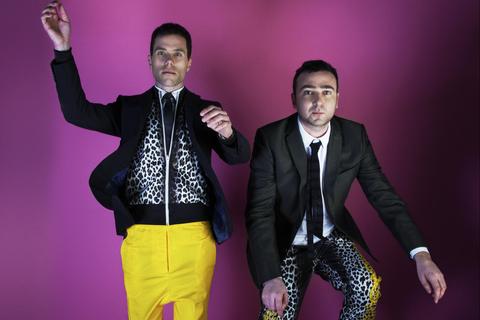 “It was a sonically and visually flawless performance from a band who have hit the perfect tone of maturity. Well done, Presets, well done!”
Time Out Sydney, 13 Feb 2013

“It’s been a minute but not much has changed, The Presets still sit top 'round these parts when it comes to live electronic music”
The Vine, 12 Feb 2013

“The Presets’ wide appeal definitely made this show a true event – something to really remember, even if you’re one of those people who has more gigs to their name than hours of sleep”
FBI Radio, 13 Feb 2013

"Masterly control seems an incongruous description when you look at Moyes and Hamilton flinging themselves about the stage with as much pleasure as the packed room"
Sydney Morning Herald, 13 Feb 2013

“No rock star egos here – you can’t argue with two guys giving the people what they want, when they want it, and The Presets are mechanically on time all night” TheMusic.com.au, 8 Feb 2013

“Last night electronic music duo, The Presets, took to the stage at Metropolis Fremantle, delivering what could only be described as an explosive and prismatic, adrenalin pumped show” OUT in Perth, 1 Feb 2013

“Presets? The slow burn made you worth the wait. You're the best. The rest of my live music year has a lot to live up to”
Its My Kind of Scene, 17 Feb 2013

“The Presets ensured that the Adelaide crowd had bass vibrating through each body, compelling us to move with the beat and flickering lights”
The AU Review, 6 Feb 2013

“The Presets sure as shit know how to pull an anticipating crowd. Well done boys, you certainly knew how to entertain the frothing masses that awaited you” Vulture Magazine, 14 Feb 2013

“A very impressively planned show performed by the duo that are The Presets, with being the first that I had seen them live, it is obvious why they are on top of the food chain in the Australian electronic music scene”
Australian Music Scene, 9 Feb 2013

“A very impressively planned show performed by the duo that are The Presets, with being the first that I had seen them live, it is obvious why they are on top of the food chain in the Australian electronic music scene”
Australian Musician Network, 9 Feb 2013

“It just goes to show that The Presets have lost nothing from their live show during their self imposed exile”
TNT Magazine, 11 Feb 2013

The show at Emo's on Thursday, March 14