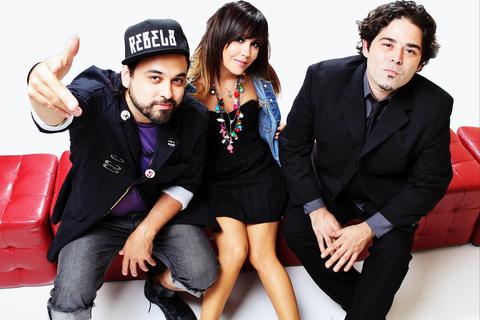 Master Blaster Sound System is at the nexus of Cumbia Crunk, Roots Norteño and Deep Club tracks. South Texas Cumbia OG's Dj Dus, Brian Ramos, and Cecy Treviño are at the creative center of this brutal collaboration several years in the making.

The EP is only the first installment of an extensive body of work that has come together since the late summer of 2010. The group decided to forego traditional song writing techniques and harmonic ideas in favor of what they affectionately refer to as "BANGAHS".
MASTER BLASTER is producing fresh sounds and beats for a new generation of cross-pollinated youth. Electronic toys, live beats and a full band push the live show envelope and serve as a bridge between DJ culture, live music performances and the cumbia underground.
“The credits s-p-e-l-l it out: DJ Dus, Brian Ramos, Cecy Trevino. The trio's five-song EP of "Cumbia Krunk" pulses like a big-screen in a Mexican cantina”
-The Austin Chronicle