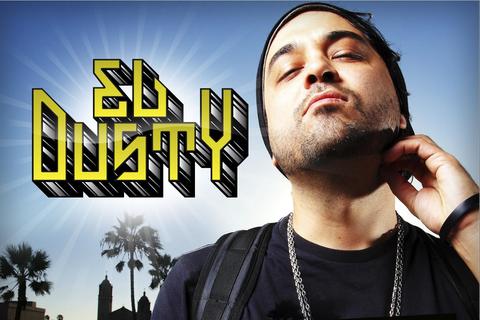 Dusty Oliveira, known as EL DUSTY, has been at the forefront of the new cumbia scene. Working out of his studio in Corpus Christi, Texas, both behind the turntables and the mixing console for some of the most successful and inspired recording artists including: Los Kumbia Kings, Brian Ramos, El Sancho, La Conquista, Paula DeAnda, Milkman, Drojo, Happy Perez, Morenito de Fuego, Baby Bash and Frankie J- ect. When he is not in the studio, Dusty is utilizing his new live mashup project, Master Blaster Sound System, to serve as a bridge between DJ culture, live music performance, and the cumbia underground. Dusty can also be caught mixing throughout the US with collective cumbia mixmasters, The Peligrosa All Stars.

El Dusty recently signed a deal with Universal Music per his song "K Le Pasa". The viral video became a YouTube hit gaining 250,000 views in just a few weeks. The club banger is being played all over the world with remixes by Alvaro, Alan Rosales & Dj Mouse, So Shifty, Sonora, Jan Driver and a TRAP remix by SV of Royal Highness. The single and video are available on iTunes.