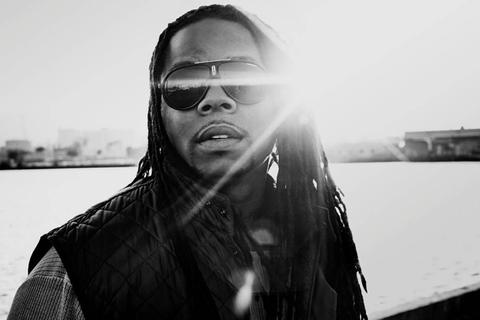 At the end of the day, there is only one-way to create a real musical following: Make good music. Lawless INC. recording artist King Louie has built his buzz from the ground up in Chicago and is transitioning to a new level on the Chicago rap scene.

Louie was born on the west side of Chicago before relocating to the east and began rapping in 2006. Louie was raised on Southern rap, which gives him a significant advantage in the fight to appeal to nationwide rap audiences. "My people country, so we liked down-South" music, he said. Raised in the No Limit and Cash Money label era, Louie created a sound heavily influenced by New Orleans rappers. Despite his sudden local fame, he is devoted primarily to his family and his craft, seemingly unfazed by the excitement around him.

Louie released his street embraced mix-tape, Boss Shit, shortly after high school. Since then he has been a mainstay in the ears of the streets while having generated more than 40,000 listens on the mix-tape website, Datpiff.com.

Louie was recently one of several artists featured in a Chicago Tribune profile on the state of hip hop in Chicago entitled “In Tune With The Chicago Hip Hop Scene” which made mention about Louie: “King Louie is a prodigious talent with an utterly distinctive delivery and a knack for memorable phrases. (“I’ve never heard anybody that sounds like Louie” YP said when the rapper’s name came up.) Although he’s been releasing music since 2007, King Louie saw his profile rise considerably when he caught the attention of Andrew Barber, who highlighted the artist on his website Fake Shore Drive…” “He had a unique look, a unique sound. ... (He) brought a level of energy I thought was lacking (in Chicago hip-hop)," Barber said.

“I’m in love with music and I just want people to hear me,” says Louie. “I’m also inspired by Rick Ross’ and Lil Wayne’s grind and the way they put out large amounts of music with mix-tapes and things of that nature.”

Louie has landed features with a number of artist including 2Chainz, Jeremih, Red Café, YP, Future and other major artist. Louie has also opened for national artists including Mobb Deep, Future, Waka Flocka and venues including The Metro & House of Blues Chicago. He has been recently featured in XXL Mag.com (The Break), HipHopDX.com, Ozone Magazine and other major publications.

While he hopes his hard work will pay off in the form of a major deal, Louie is prepared to keep grinding either way. “I’m shopping myself to labels now just going hard and grinding. So if I do find the rights deal that would be great. If not, we’ll just ride out independent.”

Fans can expect to see growth from King Louie on his soon to be released mix-tape, Dope & Shrimp. “It’s more laid back had a little less trap music sound to it,” says Louie. It sounds more professional and more mature.”